Eindhoven designer Jalila Essaïdi has turned manure into haute couture, creating a poo-based fabric that has been used to make clothes (+ movie).

The bio-textile is one of several different materials Essaïdi manufactured from recycled cow dung, including bio-plastics and bio-paper.

The designer pursued the project, titled Mestic, with her BioArtLab as a way of addressing the global manure surplus, which is responsible for excessive amounts of harmful phosphorus and nitrogen in surface and groundwater. 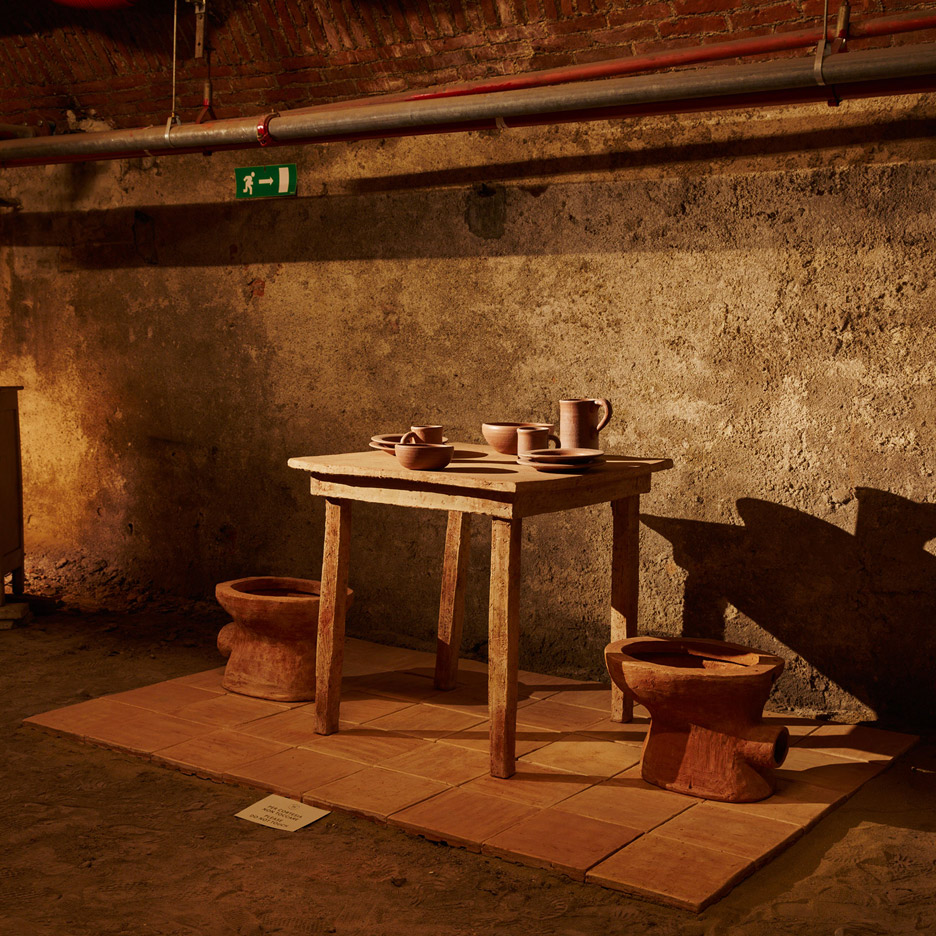 The Shit Evolution in Milan presents dung as a "beautiful" material

According to Essaïdi the materials are biodegradable and perform in much the same way as plastic derived from fossil fuels. The degradability can also be altered in the lab, creating materials that last for different periods of time depending on their end use.

The potential of dung as a material was also investigated at this year's Milan design fair, which included tableware, flooring and furniture made from recycled poo.

Essaïdi is currently planning to increase Mestic production and start manufacturing bio-products on a larger scale. She also hopes to use the material to create a bridge in her home city of Eindhoven.

The manure serves a double purpose – as a base for the Mestic material, and a source for the chemicals required to create it.

The material is first separated, with the dry manure processed to extract the pure cellulose – a result of the grass the cows eat.

Acids from the wet manure are extracted and used to create cellulose acetate, which is a natural liquid plastic. From this, fibres are created and turned into textiles or bio-plastics. The acetate can also be freeze-dried to create an aerogel.

Essaïdi has a long-time interest in new materials, having previously gained attention for designing "bulletproof skin" made from spider silk. Her next step will be to explore other possible sources for Mestic.

"After cows, we'll tackle pigs and other animals," said the designer. "And after that? Who knows."

Photography is by Mike Roelofs, unless otherwise stated.