Herzog & de Meuron has been selected to design the new Royal College of Art campus in Battersea, southwest London.

The Swiss firm led by Jacques Herzog and Pierre de Meuron – ranked fourth in the Dezeen Hot List – won an invited competition to design the £108 million Battersea South campus for the Royal College of Art (RCA).

Herzog and de Meuron's 15,000-square-metre scheme for the world's top design school will provide several floors of studio space for courses focusing on the crossover between design, science, engineering and technology.

Alongside teaching spaces, the design features a "hangar" area for large-scale projects and indoor planting.

"The RCA set a challenging brief to look forward and visualise the spaces they will need to deliver innovation and expertise," said de Meuron. "The Battersea site offers an opportunity to rethink the RCA campus and establish the patterns of connectivity and organisation that will make a successful building."

"We took our inspiration from the RCA ethos of experiment and making to explore the possibilities of spatial organisation, and to test the physical expression of bringing together the worlds of science, art, design and technology under one roof," added Herzog & de Meuron partner Ascan Mergenthaler.

The graduate school – which topped the schools category of the Dezeen Hot List – is expanding its courses to include robotics, wearable technology, smart materials and city design.

The 1,500-student campus will also house startup businesses as part of the school's InnovationRCA incubator programme.

The school's existing fashion and textiles departments will be relocated to the new campus from its current Kensington location.

The Kensington campus will continue to operate, hosting the school's joint master's programmes with the nearby V&A and the science-focused Imperial College.

"We set out a competition to find the very best architect to crystallise our vision for a new heart to the Battersea campus," said RCA rector and jury chair Paul Thompson.

"Herzog & de Meuron's approach gives us a new configuration of space typologies to explore the expanding frontiers in learning and research in art and design, and especially where these meet technology, engineering and science," added pro rector Naren Barfield.

Organised by Malcolm Reading Consultants, the competition was judged by a committee that included the RCA's dean of architecture Adrian Lahoud and student representatives.

Herzog & de Meuron fought off competition from a shortlist of six other high-profile firms to win the contract. 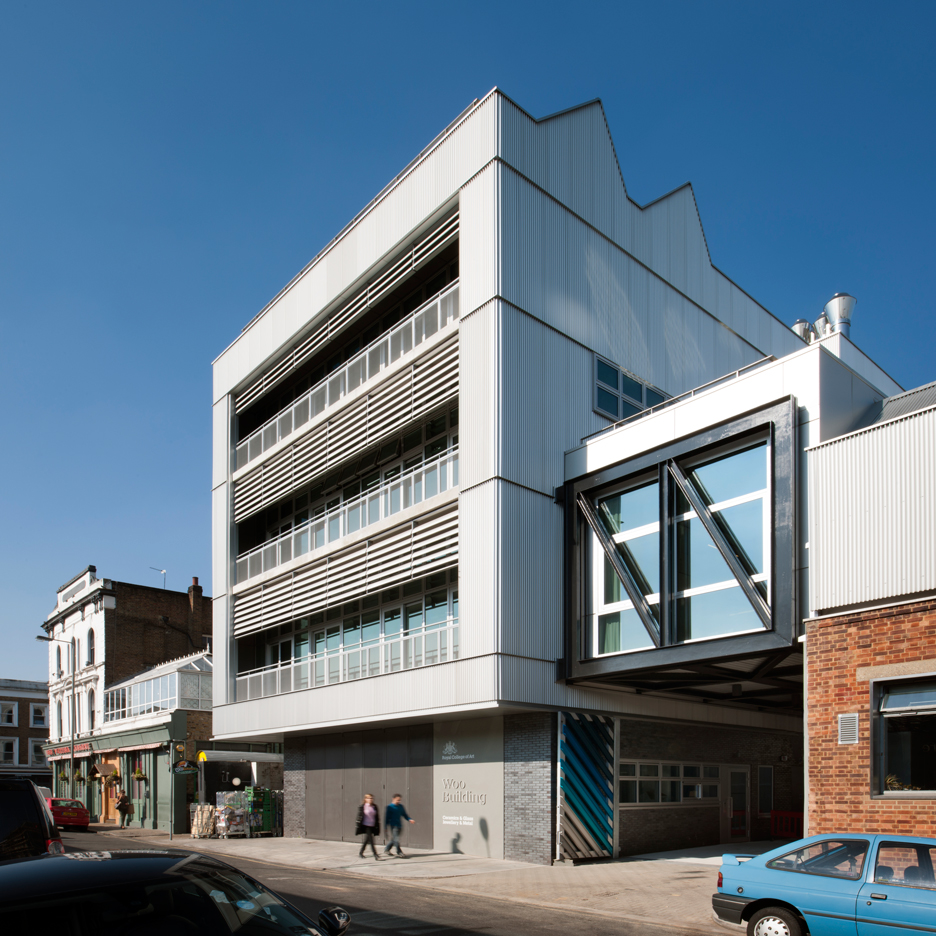 Haworth Tompkins – the London firm responsible for all of the RCA's latest buildings, including the Woo Building, the Dyson Building and the Sackler Building – was not on the shortlist.

Herzog & de Meuron will now work with the RCA, and consultants Mott MacDonald and Equals Consulting, to develop the concept.