The governor of New York has announced a major overhaul for John F Kennedy International Airport in Queens.

Governor Andrew Cuomo outlined the vision – which will aim to "transform the airport for the 21st century" – during a presentation yesterday.

The proposal calls for a unified interconnected terminal layout, as well as improved road access and an expanded mass-transit rail system.

"JFK International Airport welcomes more international passengers to the United States than any other airport in the country, and that number is expected to grow dramatically over the next several decades," Cuomo said in a statement.

"But for far too long, JFK has fallen short of today's global standards," he continued. "There are overcrowded facilities, confusing on-airport roadways, and poor airport accessibility. In fact, JFK ranks 59th among the world's top 100 airports." 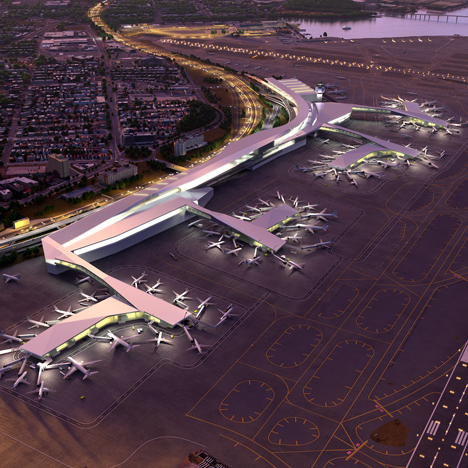 JFK is currently spilt across six separate terminals, constructed in stages since 1948, connected by the AirTrain light rail and various access roads.

The plans involve the creation of unified terminal buildings that would allow easier transfers for passengers with flight connections.

To improve transport links, the congested Van Wyck Expressway and Kew Gardens Interchange that leads to the airport will be widened.

Roadways on the site will be reconfigured into a "ring road" to allow easier access to terminals for taxis and ride-sharing vehicles, while extra carriages will be added to the AirTrain to double its capacity.

Boosts to security technology, including facial recognition and video-tracking software, are also slated to help speed up the movement of passengers. 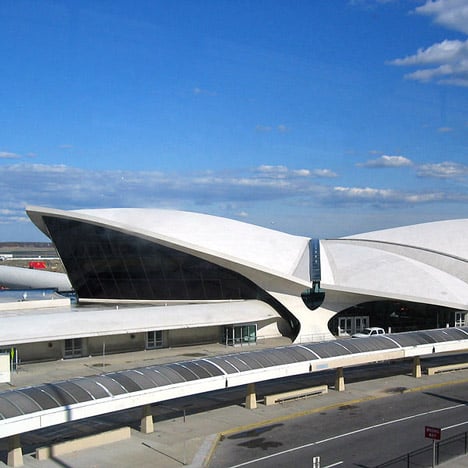 All of these would help to deal with an increase in passenger capacity the airport, which is expected to grow to 75 million per year by 2030.

The overhaul is expected to cost in the region of $10 billion (£8.1 billion). Speculative renderings were released to coincide with the announcement, however Cuomo has not yet revealed which architecture firms would be working on the project, or a timeframe for completion.

Currently at JFK, the iconic Eero Saarinen-designed TWA Terminal building is being transformed into a hotel and conference centre.

Another of New York's airports, La Guardia, is also set to undergo a significant upgrade that will involves demolish its separate buildings and constructing a single continuous terminal.