Japanese auto brand Toyota's latest concept car is equipped with an artificial intelligence system that picks up on the habits and emotions of the driver.

Revealed at this year's Consumer Electronics Show (CES), the Toyota Concept-I is intended to showcase the company's vision of the future of mobility and transport – which is to ultimately focus on whoever is behind the wheel.

"At Toyota we recognise that the important question isn't whether future vehicles will be equipped with automated or connected technologies, it is the experience of the people who engage with those vehicles," said Bob Carter, Toyota's senior vice president of automotive operations.

"We think the future is a vehicle that can engage with people in return."

Using artificial intelligence, the car builds a relationship with its driver by learning their driving patterns and schedules, as well as measuring their emotions and mapping them against the car's whereabouts.

The AI assistant, affectionately named Yui, also uses its technologies to improve safety. By monitoring both the driver's attention and responsiveness as well as road conditions, the system can offer automated driving to support the driver to help them navigate difficult road conditions.

Inside, Yui uses light and sound to communicate information to the driver. Coloured lighting in the footwells indicates whether the vehicle is in self-driving or manual mode, and projectors in the rear warn about blind spots.

Instead of screens being installed on the dashboard, a Heads-Up display projected on the windscreen aims to ensure the driver keeps their attention on the road.

The exterior of the car also communicates with its user and surroundings. When the driver approaches the vehicle, text appears on the door panels to welcome them.

On its rear, the car displays warning messages about turns and hazards, while the vehicle's front communicates to other drivers when the car is in its autonomous mode.

Previous concept cars by Toyota include a completely wooden two-seater, and an "anti-crisis" vehicle with a retractable windscreen, plastic bodywork and a bamboo bonnet.

Toyota's Concept-I is on show at this year's CES from 5 to 8 January 2017, where an American startup is taking on electric car supremo Tesla with its own intelligent electric vehicle.

Other products on show include an "insanely cute" home robot with its own facial expressions and a smart hairbrush that scores the quality of hair during use. 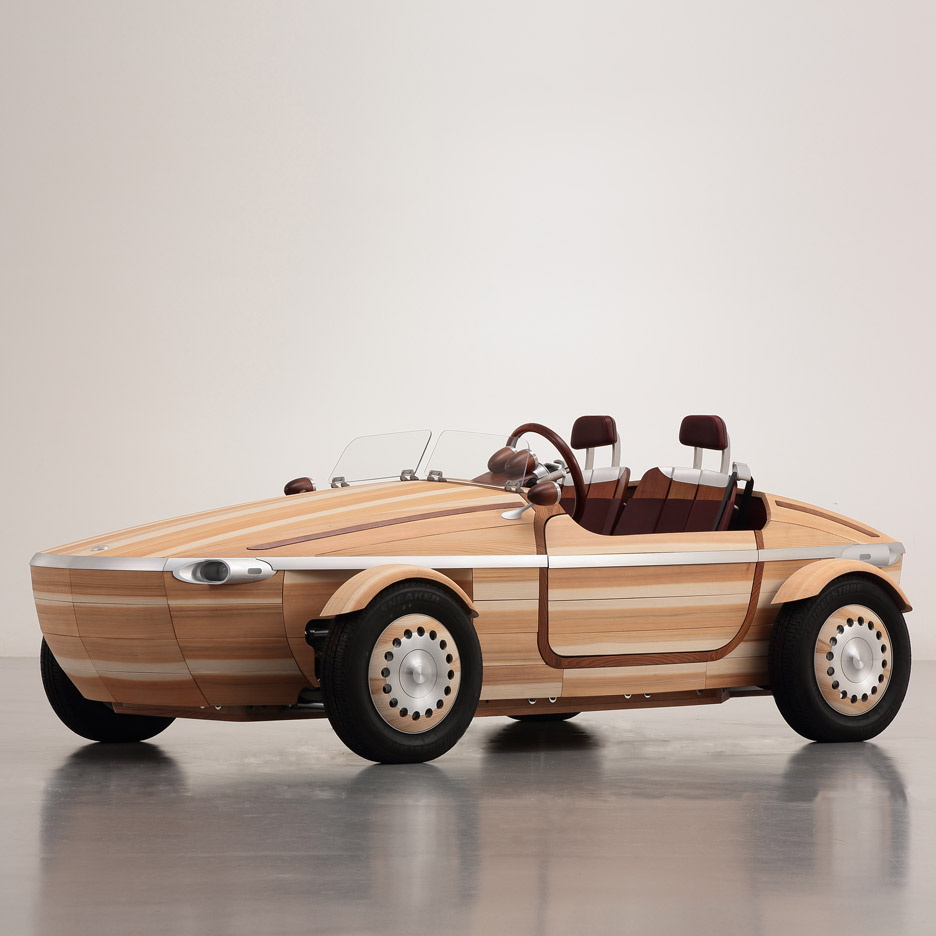