British designer Jasper Morrison has created a home for a fictional inhabitant inside the VitraHaus in Germany.

Morrison has transformed a space on the first level of the Herzog & de Meuron-designed VitraHaus – one of several architect-designed buildings that make up the Vitra Campus in Weil am Rhein.

Covering an area of around 150 square metres, the designer used both his own "super normal" products and products of other designers, to create a home for a fictional character named Allard Pierson.

"This is the apartment of Allard Pierson, an abstract artist who doesn't exhibit his sculptures because nobody's interested in abstract art anymore, so he lives at home with them and occasionally invites people to dinner, to show them his new work," Morrison said.

The presentation features a living room split up into a studio and office.

Across the entire space, Morrison's own products are displayed in a subdued colour palette, while the works of other designers are deliberately highlighted in bold hues – a coincidence, according to Morrison.

"This was not done intentionally," Morrison said. "The overall intention was to create a good atmosphere in as natural a way possible.

Jasper Morrison is considered one of the world's leading industrial designers. His iconic products include the 1994 Bottle storage rack and the 1999 Air Chair.

He has recently been expanding his remit outside of furniture and lighting, creating his first industrially produced kitchen for Schiffini, and designing a prefab cabin for Muji.

VitraHaus is the flagship showroom for Vitra, a furniture brand that originated from nearby Switzerland. Completed by Herzog & de Meuron in 2010, the five-storey building consists of stacked volumes with pitched roofs covered in charcoal stucco.

Morrison's VitraHaus installation is located next to a presentation by Italian designer Antonio Citterio, which has been on show at the building since January 2016. 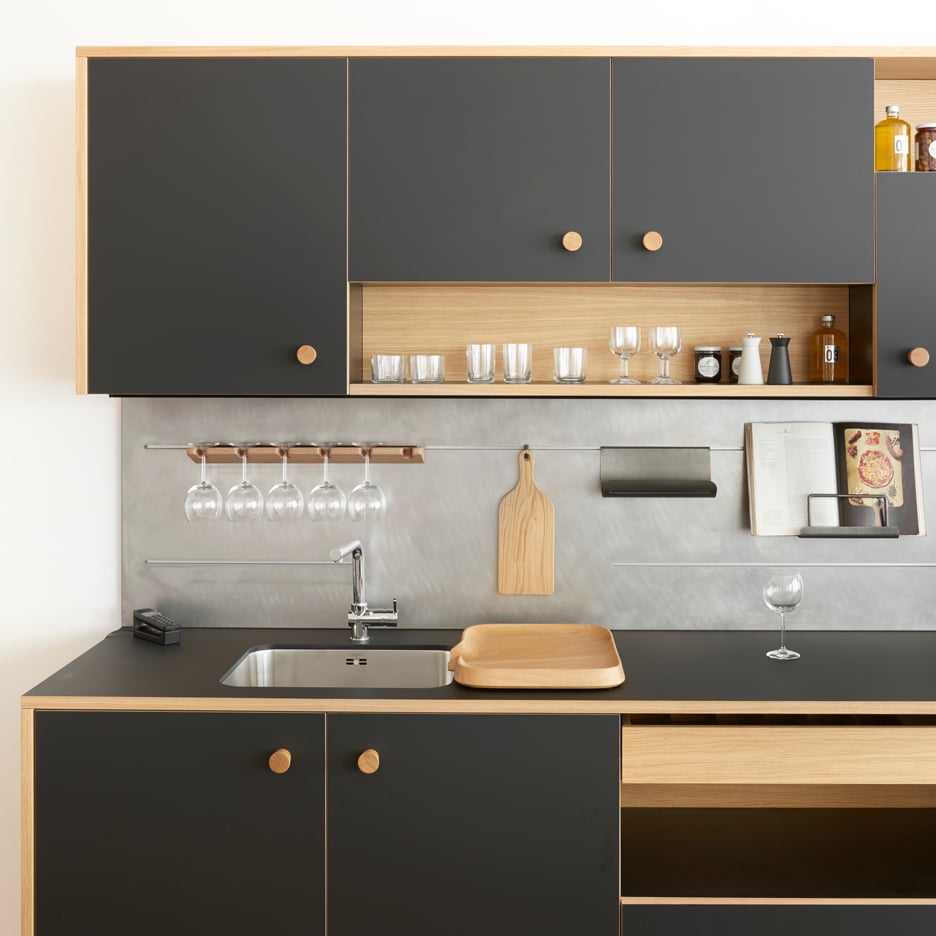