Guardian architecture and design critic Oliver Wainwright is "flattered speechless" after being named London's most eligible bachelor by a dating app.

Wainwright, 32, was given the title for receiving more "charms" – similar to Facebook Likes – on mobile dating app Happn than anyone else in the capital.

The app, which can be used in over 30 cities worldwide and has more than eight million subscribers, connects users when they come within 250 metres of one another.

Wainwright attributes his victory to the architectural icon in his profile pictures – the John Lautner-designed Sheats Goldstein Residence in Los Angeles, built in the 1960s and used in films including Charlie's Angels and The Big Lebowski.

"That's clearly the main attraction – maybe people think it's my bachelor pad, and they'll get to come for a swim and hang out on the triangular bed," he told Dezeen.

The Londoner, who is currently single, also added that he was "flattered speechless, and open to offers!"

Wainwright has been the Guardian's architecture and design critic since 2012, and has reviewed buildings including London's new Design Museum and Snøhetta's SFMOMA extension.

His new title was revealed earlier this week by Happn and Decembeard, a fundraising drive that asks men to grow beards to raise money for a bowel cancer charity. 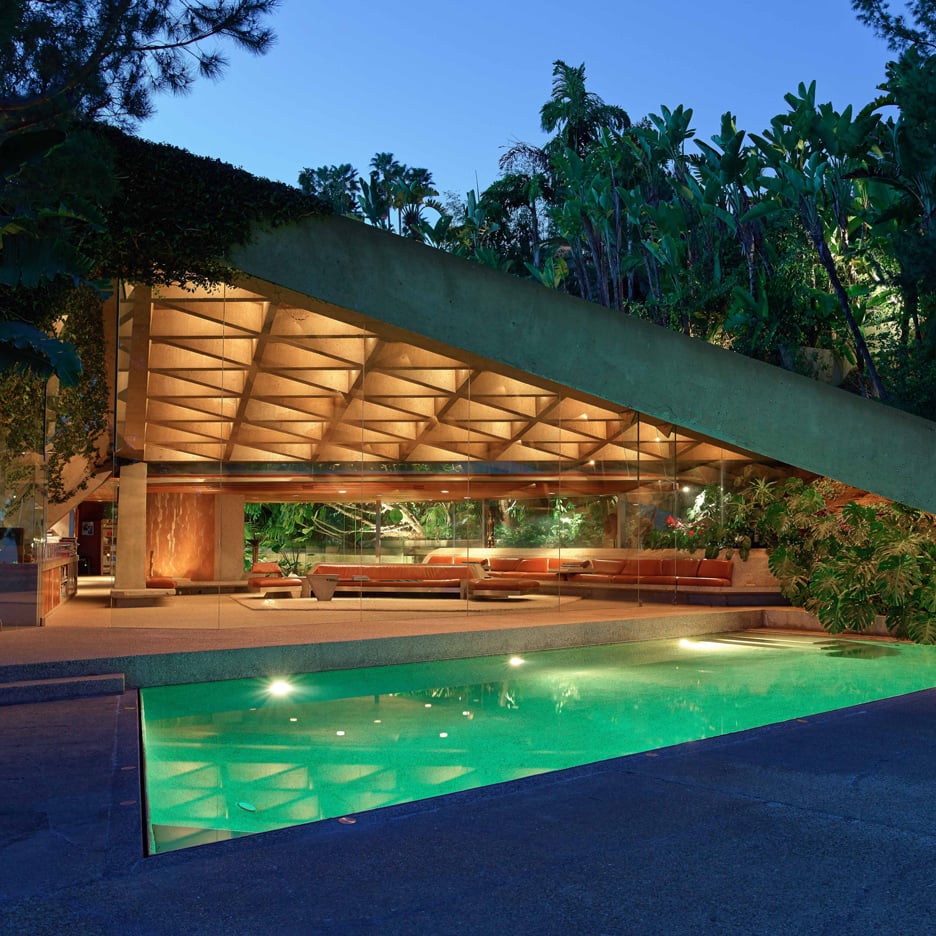