Future Makers: in this movie filmed in Vancouver, Kody Baker explains how his start-up VeloMetro is hoping to convince people to switch to a cleaner, healthier form of transport with a car-like vehicle that you pedal like a bike.

Called Veemo, the three-wheeled vehicle is fully enclosed and features a steering wheel, bucket seat and a lockable boot like a car. However, drivers must pedal to operate it.

It is aimed at people living in cities who are usually put off cycling, says VeloMetro co-founder Baker in the movie, which was filmed at the start-up's studio in Vancouver, Canada.

"Studies have shown that up to 60 per cent of a city's population would like to cycle more, but they don't right now," he says.

"They don't want to be exposed to the elements, they're afraid of riding in traffic, they don't have any room for storage. The Veemo really solves all these issues."

The increased weight of the vehicle compared to a traditional bicycle is offset by battery-powered electric motors, which assist the driver as they pedal.

"It has pedals like a bike, but as you pedal we add the strength of two Olympic athletes through our motors," Baker says. "It's providing a car-like experience, but it's regulated as a bicycle. So you don't need a driver's license, you don't need insurance. You have access to bike lanes, so you're not stuck in traffic."

The Veemo is being developed as an alternative to car-sharing networks, where customers have access to a fleet of vehicles they can hire for short-distance trips. VeloMetro is developing a mobile app to enable people to locate, book and unlock the vehicles. 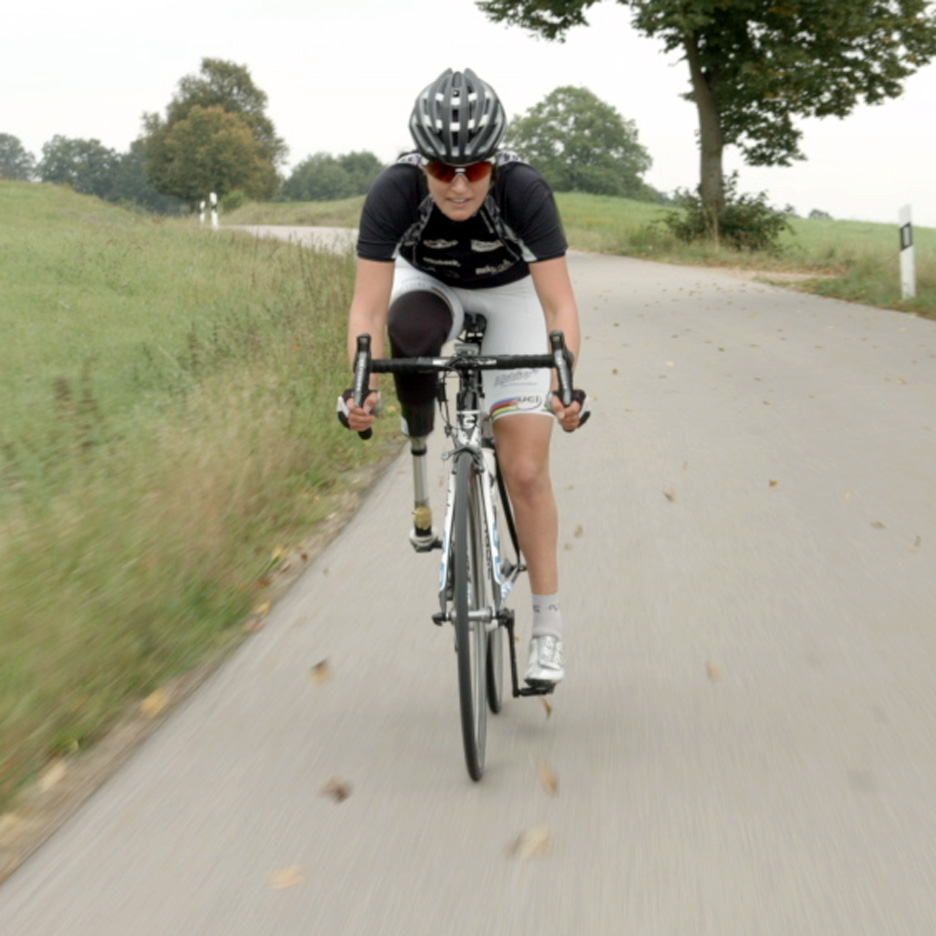 "We really designed Veemo from the ground up to be directed towards sharing networks, so that you can rent it by the minute," Baker explains.

"You use your cellphone, find the vehicle that is closest to you and unlock it with the app. You get in, enter your pin number, and then you're good to go."

VeloMetro currently has a working prototype of the Veemo and will be testing a fleet of five of them over the coming months at the University of British Columbia's campus in Vancouver. It plans to then roll them out across the wider city.

Baker says that the company wouldn't have been able to get to where it is today without recent advances in digital tools.

"The state of technology and software today has really enabled VeloMetro to exist," he says. "It's allowed us to do a lot of digital prototyping, crash-test simulation and virtual wind-tunnel testing, which allowed us to build the vehicle right the first time."

If the trials in Vancouver prove successful, Baker hopes to bring Veemo to other cities in Canada and the United States, and eventually Europe.

"Our big goal is to have a massive effect on how cities have short trips being completed, so you have less cars sitting around in traffic, improved quality of the air and improved health in the population," he says. "We just think that there are huge benefits around the world for that."

In this and the previous three movies in the series, Future Makers is focusing on designers who are using these new techniques to solve pressing global challenges, from climate change to energy access.

You can watch all the movies in the Future Makers series on our YouTube playlist: