Korean designer Jungsub Shim spent months building up the structure of this intricate chair using only a 3D-printing pen.

The Connect chair's lattice-like frame was made using 3Doodler – a stylus that lets users draw in mid-air with molten plastic filament that solidifies once it is extruded.

Shim created single lines, connecting them one-by-one to gradually create a structure that could support the weight of a person.

The process took two months to complete, with the designer spending around eight hours each day making repetitive movements to build up the shape.

"It resembles what most modern people do at work," said the designer. "Like the work done by factory workers in the industrial world, or the monks training themselves in prayer through the same movement every day."

The furniture, which was made as part of Shim's woodworking and furniture design course at Hongik University in Seoul, was designed with the theme of "connection" in mind.

Shim was particularly interested in the links formed by global internet connections, as well as the network of the human brain.

"Connect visualises in detail the figure of modern people living with connections, as well as showing the effect of coincidence when each connection creates a structure with more complexity and variations," said Shim. 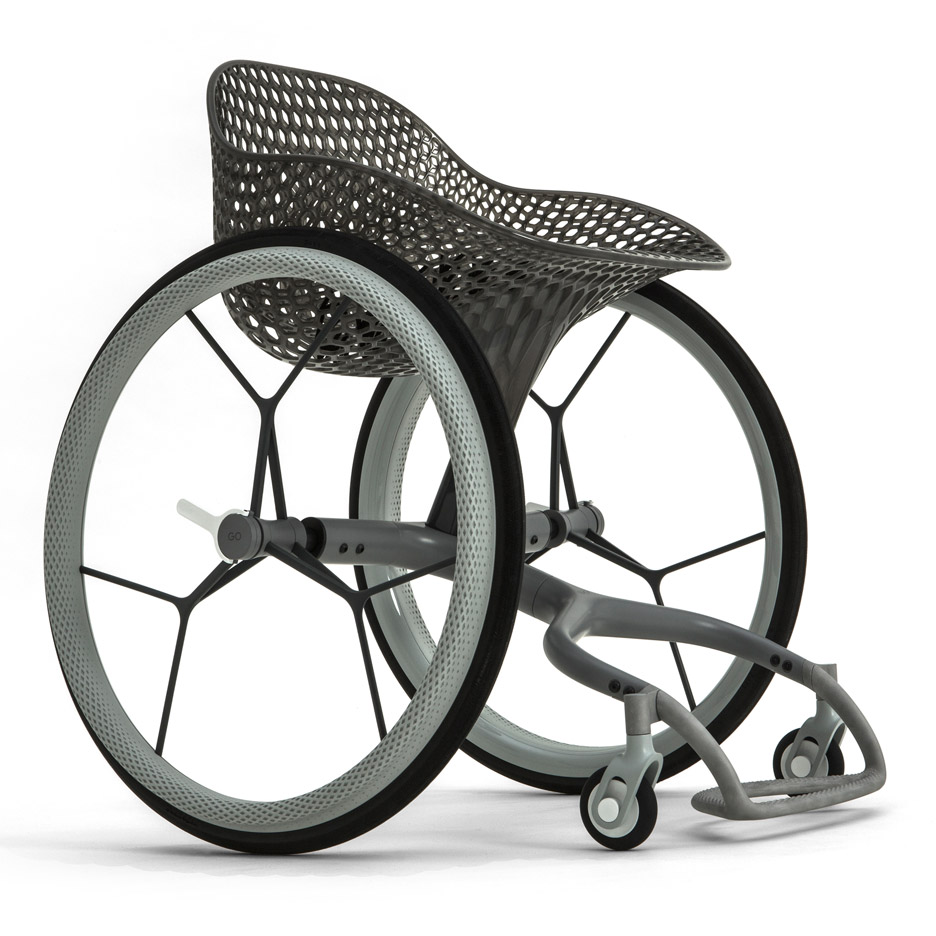 Other designers have similarly experimented with using 3D-printed lattices to create furniture. Janne Kyttanen based his Sofa So Good on the structures of spiderwebs and silkworm cocoons, while Lilian van Daal's conceptual chair was 3D-printed using a framework inspired by plant cells.