New York streetwear brand Supreme has released a special-edition version of a three-legged stool originally designed by Alvar Aalto in the 1930s.

The brand has updated the modernist designer's iconic Stool 60, adding a bold chequerboard graphic and the Supreme box logo to its circular seat.

A version of the Aalto Bench 153A is also included in the brand's Spring Summer 2017 collection, which goes on sale in store on 16 February.

The stackable Stool 60 has been in continuous production since 1933 and is now manufactured by Artek. Its seat is supported by three bent wood legs – a feature that became distinctive of Aalto's furniture design.

The stool is now part of the permanent collection at the Museum of Modern Art in New York.

Supreme was founded in 1994 by James Jebbia, with its first store located on Lafayette Street in downtown Manhattan.

Alongside its own line of clothing and accessories, the brand regularly collaborates with other labels such as The North Face, Nike, Levi's, Vans and Timberland.

It now has 10 locations in New York, Los Angeles, Tokyo, London and most recently Paris – which features interiors designed by London studio Brinkworth.

Aalto, who died in 1976 at the age of 78, is one of the most famous Finnish architects and designers in history. He designed his own museum in his hometown of Jyväskylä, which was recently the subject of an international competition to create an extension connecting it to another Aalto-designed building. 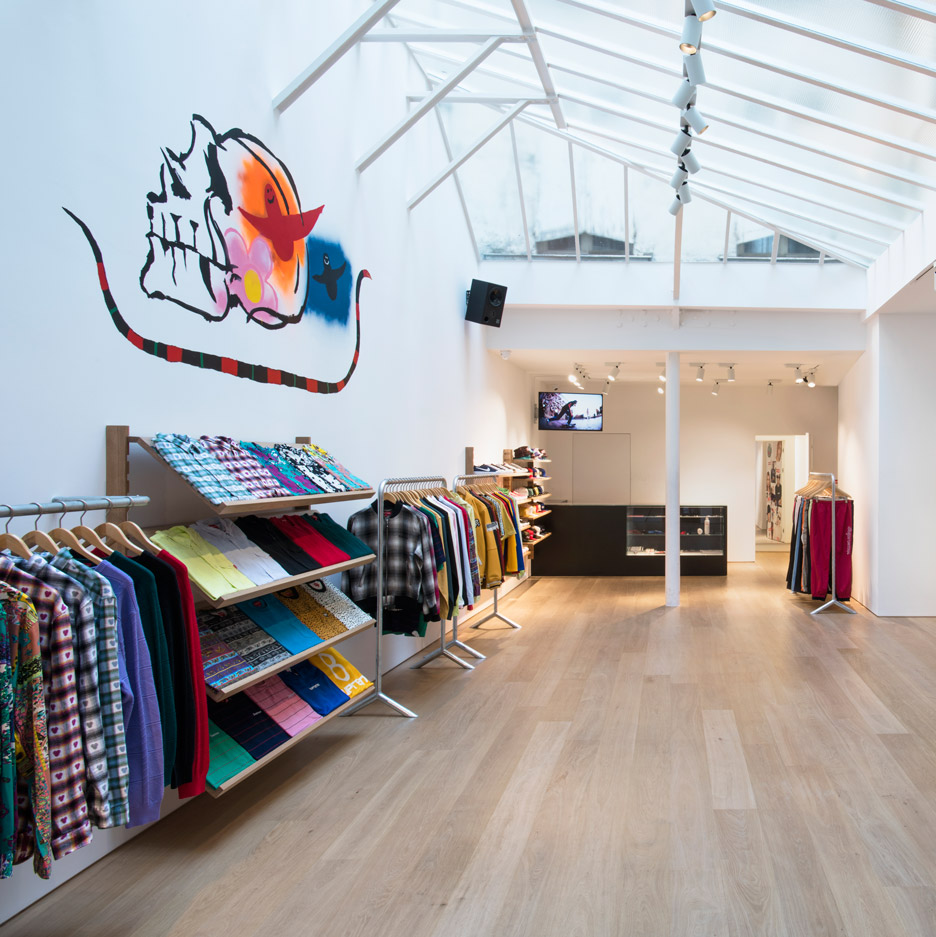 His other key buildings include the Säynätsalo Town Hall (1952), and a range of public and university buildings in Helsinki.