The centre, called Studio Bell, is located in Calgary, a city in the western province of Alberta.

Regarded as Allied Works Architecture's "most ambitious project to date", the facility is the first of its kind in North America. It covers two city blocks and encompasses 160,000 square feet (14,864 square metres) of new construction.

Wrapped in glazed terracotta tiles, the building is composed of interlocking towers and a large skybridge that passes over a street. The exterior features several curved walls and sculptural openings, which were inspired by the shape of musical instruments.

"In our designs, we seek to create transformational spaces," said Brad Cloepfil, founding principal of Allied Works Architecture, which has offices in New York and Oregon. "Studio Bell’s nine towers are modelled by gravity and acoustics, and together create a silent and powerful instrument that emanates music and light."

The site also includes a masonry structure, the 1905 King Edward Hotel, which once served as the home of a legendary blues club.

The historic building – now part of the National Music Centre of Canada – has been fully refurbished and houses a radio station, recording studios, a media centre, classrooms and artist-in-residence spaces. It is located in the western half of the site.

The skybridge connects the historic building to the newly constructed portion of the music centre.

Visitors enter the facility on the east and step into a central lobby flanked by two helical staircases.

The first floor houses a live performance venue, called Canada Music Square, along with interactive displays that provide an overview of the centre.

The second storey houses the main performance hall, which overlooks the lobby "and serves as the building's programmatic and structural centre". With flexible seating and a movable acoustic wall, the concert hall can be closed for intimate performances and be fully opened to the lobby and circulation spaces, filling them with music.

The third storey has an exhibition that explores the "physiological and emotional dimensions of music and its power to affect our mood and environment". On the fourth floor, interactive displays offer visitors the chance to try out different instruments.

Exhibition galleries are dispersed across the centre's five floors and showcase material from the museum’s extensive collection of musical artefacts spanning 450 years.

Each gallery is envisioned as a "place for interaction, appreciation and performance, where Canada's music story – past, present and future – can be further explored, encouraging visitors to engage in an ever-evolving discussion around music".

"In its many diverse spaces, Studio Bell echoes the variety of musical performance," said Cloepfil. "Uniting audience and performer, student and teacher, the building creates instances of immersion, when the visitor is transported from daily life, and moments of transition between spaces, providing an opportunity for quiet contemplation."

The new music centre is intended to serve as an "architectural and cultural focal point for the region". It also contributes to the revitalisation of Calgary's East Village neighbourhood.

"The National Music Centre is poised to become one of Canada's most significant national institutions, inspiring new generations of musicians and music lovers and catalysing the redevelopment Calgary's East Village as a core urban district," said Andrew Mosker, president and CEO of the centre. 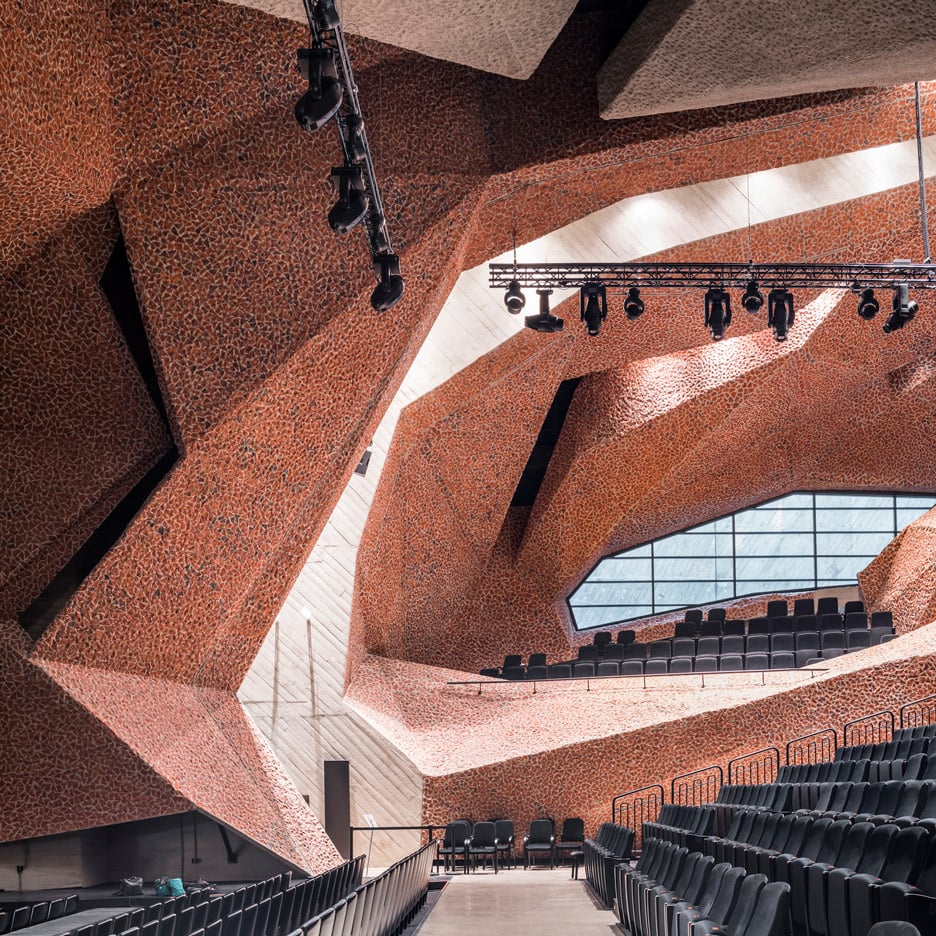 Other projects in Calgary include a proposed public library by Snøhetta and local firm Dialog that would be built around a railway and a new 66-storey tower designed by Bjarke Ingels Group, which is now under construction.