With the news that little-known Catalan studio RCR Arquitectes has won this year's Pritzker Prize, here's a look at some of the firm's most important projects.

Rafael Aranda, Carme Pigem and Ramon Vilalta all studied at the School of Architecture in Vallès, and set up their practice in their home town of Olot, Catalonia, in 1988.

Their work ranges from public and private spaces to cultural venues and educational institutions, each designed to closely relate to the environment of its site.

The three architects started working locally, designing an athletics track for the town in 2000 before creating their own office in an old foundry there eight years later. RCR Arquitectes' other projects in Olot include a private house and a restaurant.

Many more of the studio's projects over the past 10 years have also been located in Spain's Girona province, ranging from a winery to a kindergarten and a public theatre. 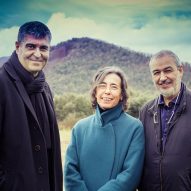 Later the firm began building slightly further afield – completing an art centre and a museum in France in 2014.

Often collaborating with other architects, the trio uses materials like recycled steel and plastic. The Pritzker jury described their projects as "beautiful and poetic".

"Each building designed by these architects is special and is uncompromising of its time and place," said the jury citation. "Their works are always the fruit of true collaboration and at the service of the community."

"They understand that architecture and its surroundings are intimately intertwined and know that the choice of materials and the craft of building are powerful tools for creating lasting and meaningful spaces."

Looping through two clearings in an oak forest, the running track avoids the trees and is coloured green to blend with its surroundings.

The natural topography of the site provides stands for spectators, while a small pavilion comprising two Corten steel volumes includes a bar and storage for the football field.

A descending pathway with angled steel sides funnels visitors down from opposite directions to the entrance of the winery.

Once inside, the material also creates a vaulted ceiling over the wine production machinery and barrel storage areas, where gaps in the roof allow slithers of light into the underground spaces.

Situated in Barcelona's dense Eixample district, this cultural venue was intended to break the continuity of its historic street.

A bridging section of the front building – which houses the library – provides public access underneath to a courtyard behind, where a low-slung volume wraps around the edge.

RCR Arquitectes transformed a former foundry in their home town into their own offices and studio.

Elements of the original building, like crumbling walls and a steel structure, were preserved. They were then paired with huge expanses of glass to create light-filled workspaces.

Gradients of colourful plastic create a rainbow effect across this kindergarten building.

A courtyard at the centre lets children play outside in a protected environment, while the plastic allows coloured light to flood the spaces inside.

To form a covered public space for theatre productions, the architects built a slatted-steel box, with angled sides and open ends, over a plaza sandwiched between two old structures.

The volume faces a river and is connected to the opposite bank via a bridge made from the same material.

Swooping over this restaurant is a lightweight structure made from thin metal pipes, with translucent plastic stretched across the top.

The canopy evokes the experience of dining al fresco, and extends beyond the enclosed space to protect those who are actually eating outside.

When renovating this house in their home town, the architects exposed the underside of its tiled roof and concealed circulation on either side behind thin vertical louvres.

In the central space – illuminated by a giant glass wall at the back – contemporary insertions form a sunken kitchen and dining level, with two separate mezzanines for lounging and sleeping above.

Tucked inside the stone walls of a historic chateau, rooms made from steel and glass wrap around three sides of the building's internal perimeter.

These spaces host exhibitions, conferences and workshops dedicated to the art and design of food and cooking, and face a central courtyard that is used for larger events.

Contemporary art exhibitions are housed within weathering-steel boxes that cantilever slightly from a small slope.

The galleries are linked by glazed corridors and bridges, forming a route through the museum. 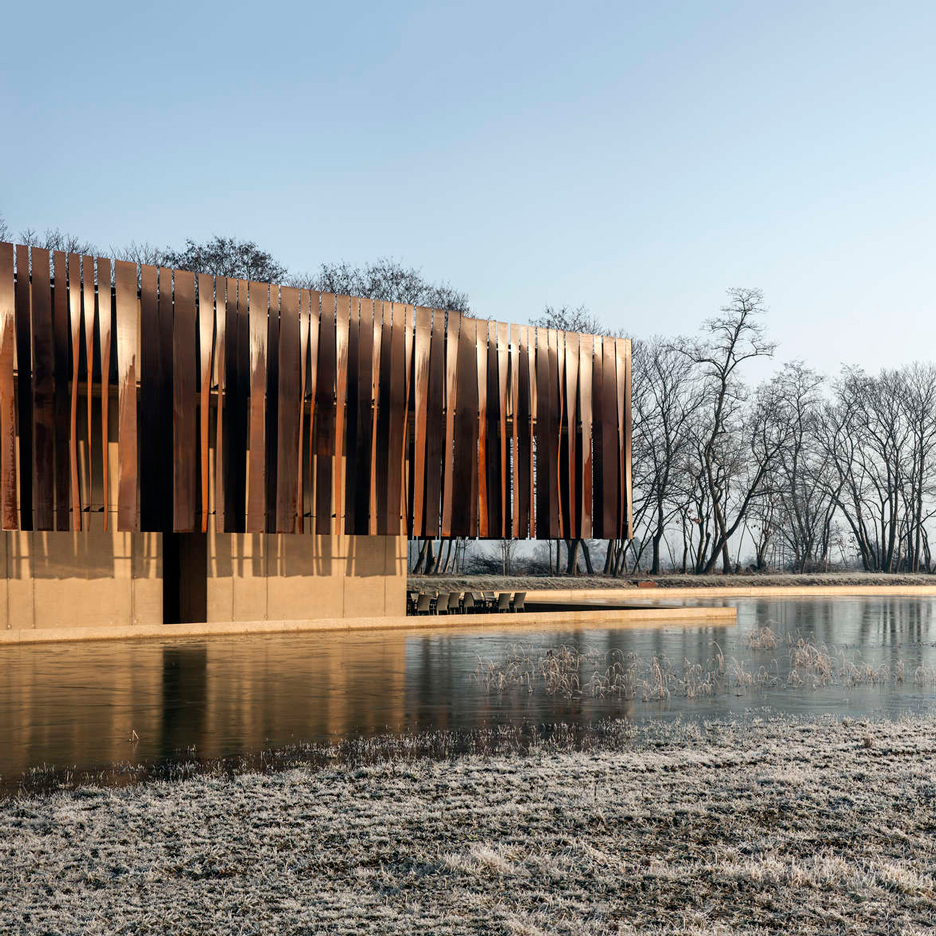 Photography is by Hisao Suzuki, unless stated otherwise.