A+Awards: the next project in our collaboration with Architizer is a tinted concrete and steel crematorium in Holsbeek, Belgium, which was named as one of the winners in the religious buildings and memorials category at the 2016 A+Awards (+ slideshow).

Ghent-based Coussée & Goris Architecten teamed up with Spanish firm RCR Arquitectes to win a competition for the design of Crematorium Hofheide.

The crematorium is built on a landscaped site within one of the large plains in the Flanders region of Belgium. The architects described the location as a "gentle swampy basin".

"This basin is the setting for the crematorium, underscoring it and propitiating the permanent formation of a larger reservoir, part of a walk through the park that spreads across the entire precinct, at the ends of which are two cemeteries (one for burials, the other for niches)," said the architects. 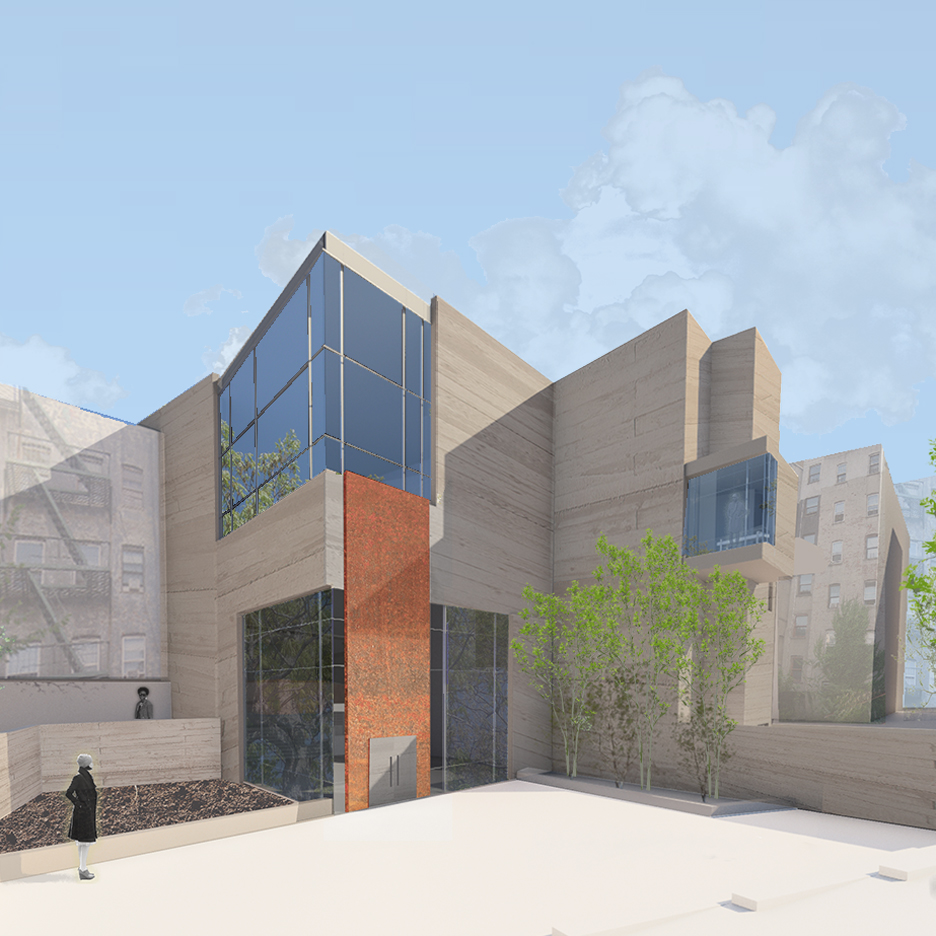 The long, rectangular structure is primarily built from concrete, which was tinted to match the colour of an iron-rich stone that is common to the area.

Strips of weathering steel in irregular widths create a screen that covers the upper two thirds of the external walls. Some of the steel lengths are gently twisted to create a textured pattern around the building.

It sits within a shallow trough just below ground level, almost surrounded by a large pond.

The architects said they wanted to create "a space that is as close to nature as possible, enhancing our sense that we are part of it" that would not impose any belief or culture on mourners.

The pond also serves as part of the building's water management system. Rainwater is collected for use in the bathrooms, then processed by an on-site wastewater treatment plant, before passing into the pond.

Inside, the structure contains all the functions of a crematorium, including a furnace and an area for coffin viewings and services, as well as two auditoria, private rooms for family gatherings, a reception area, bathrooms, a cafe and rooms for funeral meals. Underground access is provided for hearses.

Completed in 2013, the crematorium was named as a winner in the religious buildings and memorials category at the 2016 Architizer A+Awards, which promote and celebrate the year's best architecture and products.

Other crematoriums on Dezeen include a building in Lithuania with fortress-like concrete walls scattered with dozens of square windows and a curvaceous concrete structure in France.

Photography is by Suzuki Hisao.