A+Awards: a 2016 Architizer A+Award was bestowed upon this retirement home in Western Australia, designed by Iredale Pedersen Hook Architects for an Aboriginal community affected by devastating floods.

The Walumba Elders Centre was built in Warrmarn (Warmun) following flooding in 2011 that destroyed the town's previous facility, and damaged much of its housing and other buildings.

"Some 350 Gija People were forced off their homelands until the houses and infrastructure were re-built over the next two years," said Iredale Pedersen Hook Architects, which was tasked with designing the replacement care home.

The new structure is located next to a community school, and is raised 2.4 metres above ground level to avoid future flooding.

The intention is for the building "to act as a focal point for bringing the community back together, and to aid in the transmission of the unique Aboriginal lore, Gija language and cultural knowledge to the younger members of the community", according to the architects.

Its layout is organised as two parallel wings, joined at one end by a faceted roof that soars across a rotunda and extends down both branches of rooms.

Accommodation for both self care and high-level care is provided. A variety of factors inherent in Aboriginal culture had to be taken into account with the design.

These include gender separation, access to both public and private outdoor spaces, and hosting ceremonies that may involve fire and smoke.

Concrete piloti are used to support the elevated structure, while corrugated metal is used to clad the majority of the building. Multiple staircases lead down to ground level, which is subtly landscaped.

"The concept relates to a bridge not only as physical infrastructure but also as a passage of knowledge between generations, and as a place of care and respite before the possibility of passing from this existence to the next," said the architects.

Walumba Elders Centre was lauded in the Health Care and Wellness category at the 2016 A+Awards.

Voting is open for the public to chose their favourite architecture and products shortlisted for this year's A+Awards until 30 March 2017. Cast your vote › 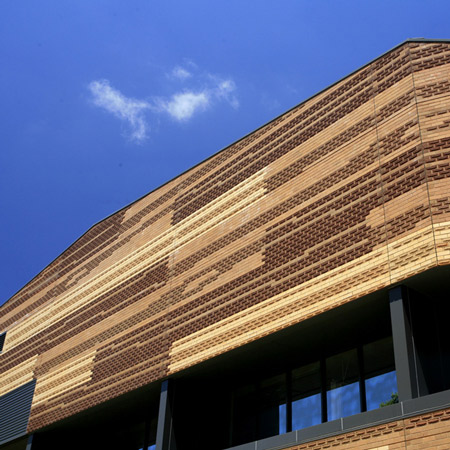