Called One North, the project consists of two sculptural buildings organised around a central courtyard, along with a third, rectilinear building by a different architect.

Built on a former brownfield site, the complex is located in the city's Williams District – an emerging area known for its breweries, eateries and coffee shops.

The complex is occupied by several tenants, including digital creative agency Instrument.

The buildings feature curvaceous facades clad in cedar. Influenced by the famed Spanish architect Antoni Gaudí, the facades are meant to convey a sense of movement and energy.

They also help reduce energy usage. "Uniquely accentuated window frames jut out from the buildings to provide exterior shading and reduce the need for cooling," said the firm.

Sustainability was a driving concern for the architects, who incorporated a wide range of eco-friendly strategies.

Minimal on-site parking encourages walking, cycling and the use of public transit. The central landscaped courtyard, which covers 14,000 square feet (1,300 square metres), is open to both tenants and the public.

Other projects in Portland include a commercial building by Works Partnership Architecture that has an engineered timber frame and glass curtain wall. 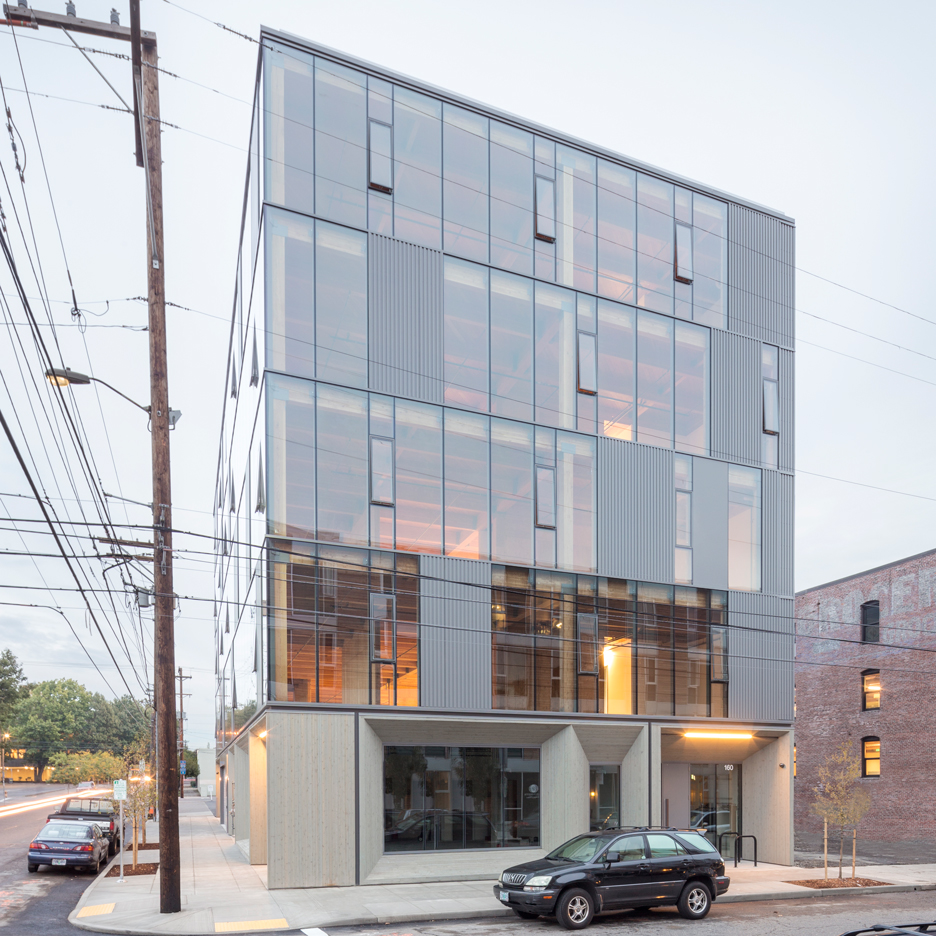