The UK's Labour Party has praised the nation's architecture and design sector, and promised to put the creative sector at the centre of Brexit negotiations if it wins next month's general election.

This makes Labour the only political party to specifically mention architecture and design in its election manifesto and the only one to respond to concerns outlined in Dezeen's Brexit Design Manifesto.

"Labour understands the serious concerns that the creative industries have about Brexit, from the potential loss of EU funding streams, to the ability of artists to travel and perform, to the impact on intellectual property rights," the party states in its six-page cultural manifesto, titled A Creative Future for All.

"As Britain leaves the EU, Labour will put our world-class creative sector at the heart of our negotiations and future industrial strategy," it states, pointing out that "Britain is a world leader in music, fashion, video games, architecture, design, the performing arts and much else besides."

"We will get the right deal on issues like intellectual property, customs, access to investment, regulation, workforce and data protection to ensure our creative industries aren't shackled by Brexit," it continues.

The document, released in addition to the party's main general election manifesto, echoes many of the points made in the Brexit Design Manifesto, which was published last September, and signed by hundreds of leading figures from the UK's architecture and design scene.

The party claims it will give the design sector a voice at the Brexit negotiating table.

"Unlike the Tories, we will make sure the Secretary of State for Culture, Media and Sport is represented on the Brexit cabinet committee – so that our creative industries have a voice in government on the crucial decisions that will affect the Brexit negotiations," it says.

Labour is also promising to put creative subjects back on the school curriculum, following an ongoing campaign against the exclusion of art and design from the core English Baccalaureate (EBacc) subjects.

It has pledged to pump £160 million into improving school arts facilities each year and to set up specialist careers advice services, following a recent report that found schools with more creative pupils achieve significantly higher grades.

"We will put creativity back at the heart of the curriculum, reviewing the EBacc performance measure and make sure arts are not sidelined from secondary education," the manifesto says.

Signed by party leader Jeremy Corbyn and and deputy leader Tom Watson, the manifesto would come into action should Labour win the general election on 8 June.

Conservative prime minister Theresa May called the snap election ahead of the start of Brexit negotiations – which are expected to begin 11 days after polling. The winning party will oversee the UK's departure from the European Union, a process expected to take in the region of three years.

Dezeen worked with leading architects and designers to draw up the Brexit Design Manifesto, which sets out what the government must do to support the industry's growth. Much of the guidance surrounding education and recognition aligns with Labour's manifesto.

Current opinion polls put the Conservative Party in the lead with 46 per cent. However Labour has begun to close the gap since party manifestos were released last week, and is now attracting 36 per cent of the vote.

A key strap-line of A Creative Future for All is "culture for the many, not the few". The Labour Party planning to also invest £1 billion in providing better access to cultural institutions and arts education though a Cultural Capital Fund.

In addition to its dedicated cultural manifesto, the Labour Party also sets aside a two-space spread for the UK's creative industries in its main general election manifesto to reiterate its commitment to giving the creative sector a voice.

Alongside outlining plans to renationalise the rail networks and to scrap university tuition fees, this more comprehensive manifesto focuses on the importance of the architects and designers in a wider sense – from the construction of one million new homes to the creation of New Towns.

The Labour Party launched its cultural manifesto at an event yesterday in Hull, the UK capital of culture for 2017, following the unveiling of the party's wider manifesto last week.

While Labour is the only party to come out with a separate cultural manifesto, other leading parties including the Conservatives and Liberal Democrats also make provisions for the creative sector in their main manifestos.

The Conservative Party manifesto pledges to create conditions where the industry can thrive, and to spend more on researching and developing advances in technology. It says the UK boasts "finest architects and planners in the world" and promises to "support the industrial strategy, which has creative industries at its heart".

The Liberal Democrats vow to protect design education in its manifesto, as well as setting out plans to improve access to apprenticeships in the creative industries. It also says it will tailor tax support for the sector and help to break down financial barriers often faced by start-ups. 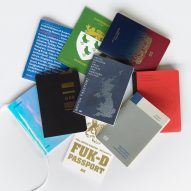 Earlier this month, Richard Rogers and David Chipperfield were among a group of eminent architects criticising the UK's current Conservative government for failing to clarify the status of EU nationals working in the country.

In an open letter to The Guardian newspaper the architects said that overseas workers were being used as a "Brexit negotiating chip".