Architecture firm Caruso St John has been named among the winners of the 2017 RIBA Regional Awards for its renovation and extension of Herbert Rowse's art deco Liverpool Philharmonic Hall.

The British architecture firm completed the project in 2015, around the same time as its Stirling Prize-winning gallery for Damien Hirst and Larry Gagosian's third and largest London art gallery.

The Grade II heritage-listed hall was built in 1939 to a design by Liverpool architect Herbert Rowse, who was a leading proponent of the art deco style and was influenced by continental contemporaries including Willem Dudok and Gunnar Asplund.

The comprehensive renovation focused on preserving and enhancing the architectural heritage and character of the existing building, while improving the concert experience for audiences, musicians and artists.

Caruso St John was appointed to the project in 2012 and approached the refurbishment as three distinct but interrelated parts.

Front of house areas including a foyer, bar and corridors leading to the auditorium were carefully restored and enhanced through subtle interventions that improve their functional performance and emphasise existing art-deco detailing.

More comprehensive improvements were made to the auditorium and stage areas, with stage machinery and lighting upgraded in response to the needs of modern productions.

The studio was also responsible for the later addition of a separate building at the rear of the main hall, housing a smaller-scale venue called the Music Room alongside the back-stage facilities and offices.

The 160-250 variable capacity venue has its own entrance onto the adjacent street, and is used to host concerts and gigs with cabaret-style seating or standing space for the audience.

"The wide corner window to the bar, the extravagant marquee and the bold posters and signage lend an urban quality to the new venue, projecting the dynamism of the Philharmonic's programme out to the surrounding city," said the architects.

The project was recently announced as one of seven winners of the 2017 RIBA Regional Awards for the North West region, with a timber-framed centre for cancer care in Manchester by Foster + Partners named North West Building of the Year.

Caruso St John – which came in at number 58 on the inaugural Dezeen Hot List – won the RIBA Stirling Prize 2016 for the "highly accomplished and expertly detailed" brick gallery building it designed for artist Damien Hirst. Its previous renovation projects include a £45 million programme of upgrades to London's Tate Britain art gallery. 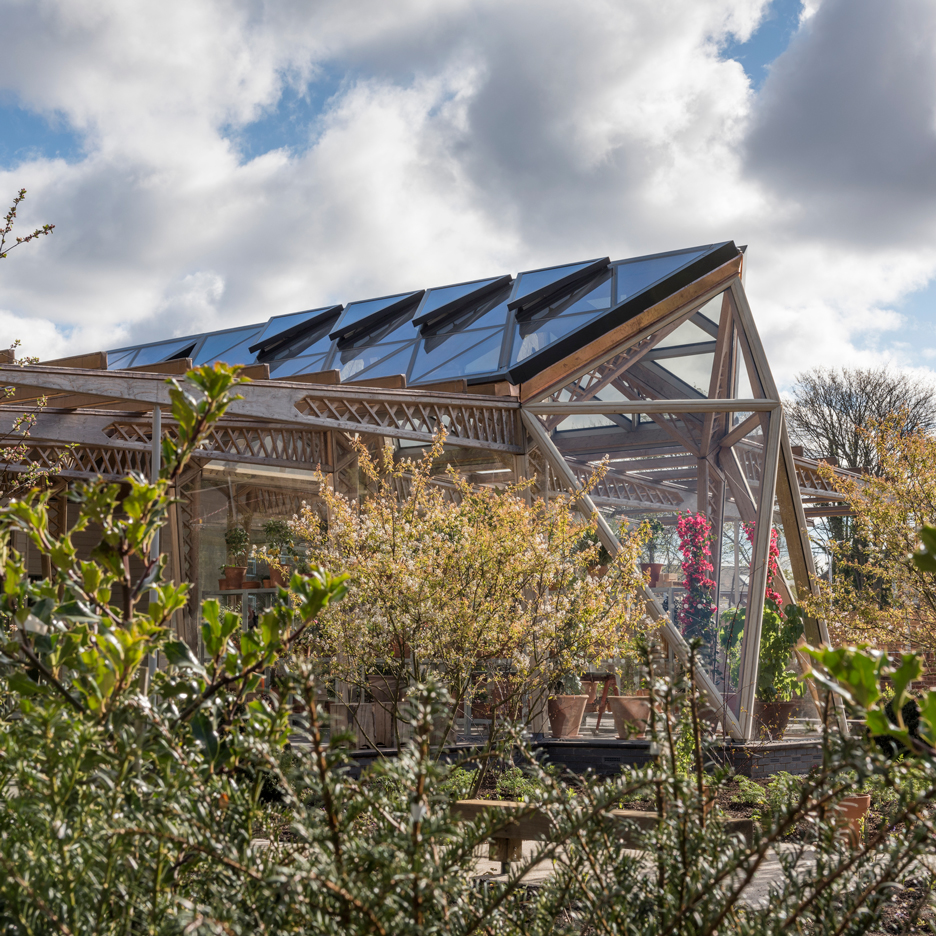