Described by judges as a beautifully curated collection of buildings, Newport Street Gallery in south London is the 21st winner of the prestigious prize, awarded for the biggest contribution to British architecture in the last year.

The project involved creating a space for Hirst to exhibit pieces from his own personal collection, which includes works by Francis Bacon, Tracey Emin and Pablo Picasso.

Stretching along an entire street, the gallery occupies three century-old red brick warehouses – originally used for theatre carpentry and scenery production – and two new brick structures, including one with a spiky saw-tooth roof.

The project was named winner of the Stirling Prize in a ceremony this evening at the Royal Institute of British Architects (RIBA) in London.

It was selected ahead of five other shortlisted projects: Blavatnik School of Government by Herzog & de Meuron; City of Glasgow College by Michael Laird Architects, and Reiach and Hall Architects; Outhouse by Loyn & Co Architects; Trafalgar Place by dRMM Architects and Weston Library by WilkinsonEyre.

"This highly accomplished and expertly detailed art gallery is a bold and confident contribution to the best of UK architecture," they commented. 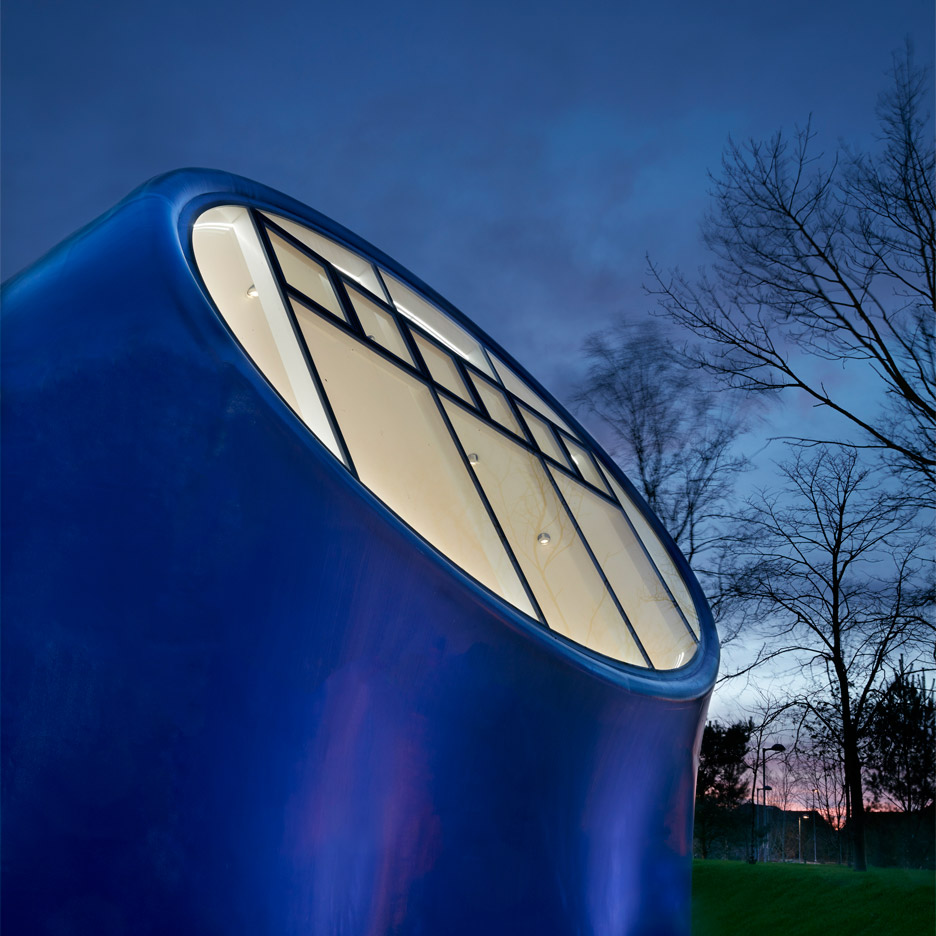 "Caruso St John's approach to conservation is irreverent yet sensitive and achieves a clever solution that expresses a poetic juxtaposition of old and new," they added.

"Internally, the five buildings are connected as a continuous and coherent sequence of light filled gallery spaces. The simple and logical circulation is enlivened by exquisitely detailed and sensuous staircases."

This is the first time Caruso St John has won the Stirling Prize, although the British studio has been shortlisted twice before – for the Brick House in west London in 2006, and the New Art Gallery Walsall in 2000.

The firm is best known for its gallery projects, which include Nottingham Contemporary and the renovation of Tate Britain.

"It's rare for architects to be given the opportunity to realise a personal vision of the quality of the Newport Street Gallery, and for that vision to have a generous public dimension," he said.

Newport Street Gallery opened in late 2015 with an exhibition dedicated to the work of Sheffield-born abstract painter John Hoyland, and is currently showing work by American artist Jeff Koons.

"Newport Street Gallery has realised my ambition to create an unobtrusive and beautiful series of buildings that work perfectly as a space to exhibit great art," said Hirst.

"I wanted to stay true to the history and roots of the building and Caruso St John understood that from the start," he added. "I am immensely proud of what we achieved."