Airbnb has harnessed its vast network of short-term home rentals to create a new platform providing housing for refugees.

Open Homes is the key project to come out of Airbnb's in-house humanitarian team, which is led by designer Cameron Sinclair.

Airbnb co-founder and designer Joe Gebbia assembled the team over a year ago to help the company achieve its aim of providing temporary housing for 100,000 people within five years.

Its new Open Homes platform allows users who are already registered on the site as hosts to easily offer up their rooms to refugees and displaced people for free.

Qualifying relief organisations and non-profits are able to take up the offers by booking rooms on a short-term basis for refugees and other people in need.

"In the past, it was really difficult for people to open up their home to someone in need," added Gebbia.

"Now leveraging Airbnb's core competency is easy for anyone who has a spare room or apartment, and wants to connect with relief organisations and play a small role in tackling this global challenge." 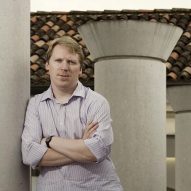 Airbnb has three million registered hosts around the world, 6,000 of whom have already offered their rooms for Open Homes. Rooms are offered free of charge to refugees, and Airbnb will not collect any fees on the bookings.

Initially Airbnb has partnered with organisations in France, Canada, Greece, Germany, Italy, the USA and Spain, but it hopes to expand into more countries in the future. It says that 6,000 hosts have already signed up to the platform.

"By connecting hosts willing to open their homes with families in need, Airbnb will help us cut the time and expense of moving refugees from harm to home," said said David Miliband, president and CEO of International Rescue Committee, one of the organisations with access to the service.

"Perhaps just as important, this sort of home sharing allows people to make real connections and to build lasting relationships."

Airbnb, which was recently valued at $31 billion, has been building up to this project with a number of smaller initiatives over the past few years. Notably in 2012, during Hurricane Sandy in New York, the company responsively created a platform in 24 hours allowing its hosts to offer emergency accommodation for people in need.

The ad encouraged people to accept people from all backgrounds. It led to 16,000 people agreeing to open their homes to displaced people, including immigrants to the US in need of temporary housing.

He helped Airbnb on its Yoshino Cedar House, a guest house designed by Go Hasegawa that is intended as a template for how Airbnb could help revitalise depopulated areas of the world.

Airbnb ranked at number 79 on the inaugural Dezeen Hot List – a data-based power-ranking of the most influential people and brands in design.

Airbnb is not alone in amplifying its humanitarian efforts lately. IKEA has announced plans to build production centres in Jordan to employ refugees as part of a wider initiative to create work for 200,000 disadvantaged people.

IKEA aims to take 200,000 people out of poverty in massive social sustainability drive