An Arctic storage bunker filled with seeds that could help humankind regenerate crops after a doomsday scenario is undergoing repairs, after rising temperatures caused it to flood.

Following the warmest year ever recorded, meltwater and rain flowed into the entrance tunnel of the Svalbard Global Seed Vault, which contains almost a million samples of food-crop seeds from around the world.

The facility, which cost around $9 million to build, is now subject to an investigation costing $1.6 million that will propose possible improvement measures to prevent a repeat of the accident.

The Norwegian government, which owns the seed vault and operates it in collaboration with several other stakeholders, has pointed out that the water intrusion only occurred in the tunnel and has not compromised the condition of the seeds.

"The seeds in the seed vault have never been threatened and will remain safe during implementation of the measures," said a statement from the administrative team.

"The measures are being carried out to provide additional security to the seed vault, based on a precautionary, better-safe-than-sorry approach."

Designed by architect Peter W Søderman of Barlindhaug Consulting, the concrete, steel and glass vault was constructed in 2008 on the Norwegian island of Spitsbergen. Its purpose is to preserve crops that could be wiped out during a global-scale natural disaster – something scientists fear would cause a worldwide food crisis.

The building's location in the Svalbard archipelago, halfway between mainland Norway and the North Pole, was chosen due to the region's geological stability, low humidity and freezing temperatures.

The facility is also buried over 100 metres into the side of a mountain, where it should be surrounded by a layer of permafrost that helps to maintain the temperature of -18 degrees celsius required for optimum preservation of the seeds.

As a result, seeds should stay frozen even if the building loses power.

"It is a failsafe seed storage facility, built to stand the test of time – and the challenge of natural or man-made disasters," the operators of the Svalbard Global Seed Vault claim on their website. 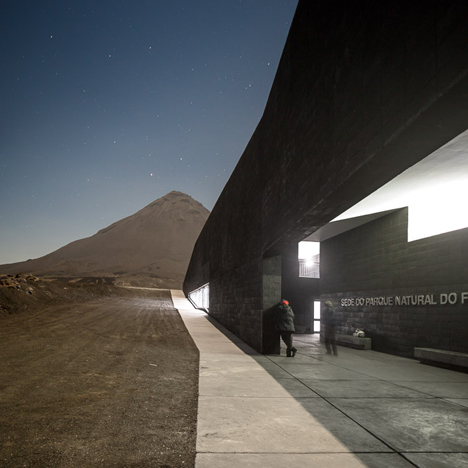 Immediate improvements being undertaken include the removal of a heat-producing transformer station from the tunnel, the addition of waterproof walls, and the digging of drainage ditches into the mountainside to prevent water from accumulating around the entrance.

In the longer term, an alternative entrance tunnel that slopes upwards rather than downwards could offer a solution to safeguard the vault's future.