More than two thirds of UK design graduates are leaving London due to the cost of living and uncertainly over the impact of Brexit on the creative industries, according to a survey conducted at this week's New Designers showcase.

The survey asked 109 UK graduates, who are currently showing their work at the annual New Designers exhibition in London, where they intend to work post-graduation. Of the 27.5 per cent who intend to set up in London, where the majority of creative jobs have traditionally been based, 79 per cent cite "more exciting creative opportunities" as the reason.

However more than two-thirds plan to avoid the capital altogether, with over one-third saying that the most significant factor in their decision was that it is "too expensive to work and live in London".

While the findings suggest that creative businesses looking to recruit new talent in London will now face a major challenge, the shift may benefit other UK cities by increasing the role regional centres will play in attracting and nurturing, creativity, design and innovation in the future.

"As a national organisation based in the East Midlands we recognise the negative impacts that living and working in London has on young creatives," commented Michelle Bowen, director of UK Young Artists, a New Designers awards sponsor.

"Whilst we do not want to see London losing is cultural cache, we do welcome how new regional centres of excellence such as Nottingham have benefited from new graduates staying or coming to the city and the positive impact that this brings to many aspects of city life."

When questioned about Brexit, only 12.8 per cent of the graduates believed that the UK's creative economy will benefit from the government’s deal while 63.3 per cent did not. Another 23.9 per cent stated uncertainty to the effect it will have.

A "hard Brexit" is widely seen as removing the UK from the single market and instating barriers to immigration from the European Union – both of which are expected to cause problems for architecture and design businesses.

Sarah Monk, director of New Designers commented: "Graduates always face uncertainty as they start to find their way in the commercial world, but the spectre of Brexit coupled with an unattainable housing market makes for a particularly unsettling economic environment."

Despite concerns, the survey also revealed confidence in the talent of the UK's creative workforce. 28 per cent cited "excellent creative education in universities" as the secret to the country's strong creative sector, which is worth £87.4 billion to the economy each year.

Two-fifths of the new graduates said they hope to run their own creative business within the next five years, while another fifth plan to secure work with a major brand. One third of the new designers exhibiting at the show already have over three months work experience in the creative industries.

The survey follows a study published by the Creative Industries Federation earlier this month that revealed that limiting the number of workers entering the UK could cause a huge skills shortage for the UK's creative industries. 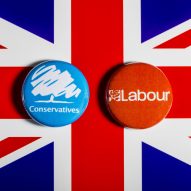