New renderings have been released of American-German architect Helmut Jahn's tower for Chicago's South Loop, as preparations for construction begin and sales of its luxury condominiums get ready to open.

A total of 323 high-end residences will be spilt over the building's 74 storeys. The apartments to the west will have views of the city, while those on the east side will overlook Grant Park and Lake Michigan. Interiors will be designed by Kara Mann. 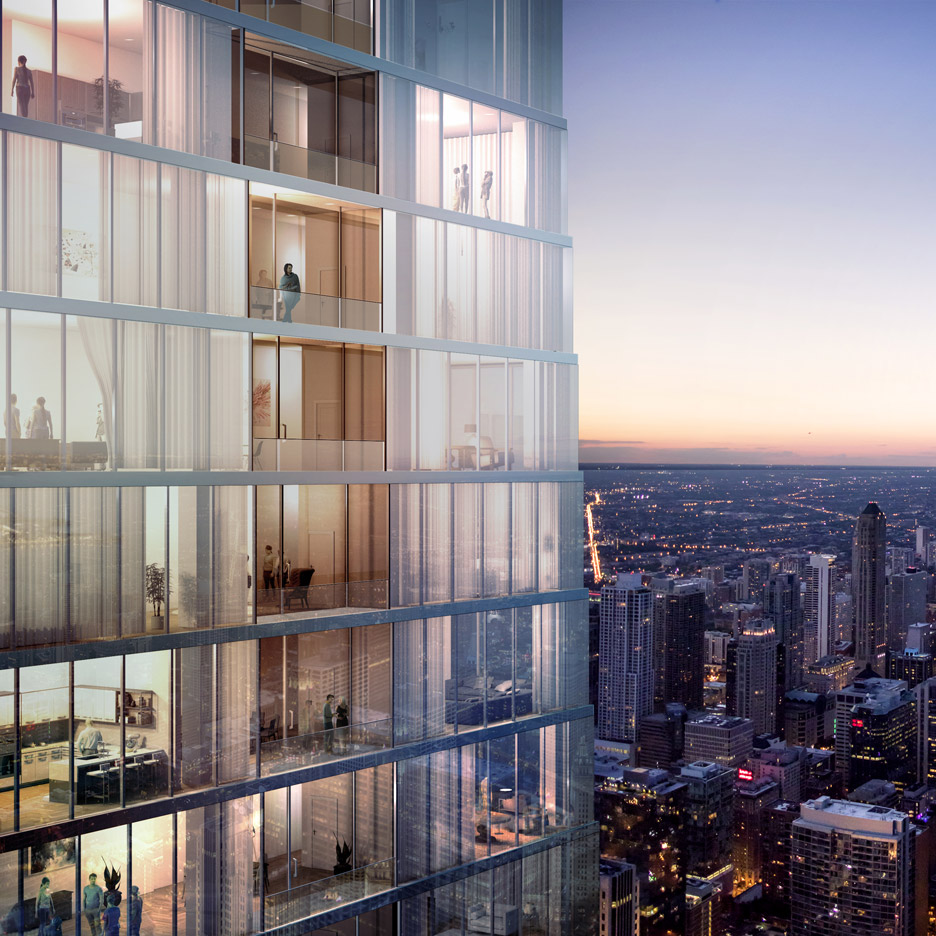 The tower was approved by the city last year, after almost 170 feet (52 metres) were chopped from its original height – due to changes in guidelines for the Historic Michigan Avenue District.

Based in Chicago, Jahn's earlier work in the city includes the James R Thompson Center government building, which remains under threat of demolition. Among his most famous projects is the Sony Centre at Berlin's Potsdamer Platz.

The sales gallery for 1000M is set to open this autumn, with groundbreaking due in 2018 and completion slated for 2021.

The tower is one of several that will add to Chicago's already impressive skyline in the coming years. Others planned or under construction include Rafael Viñoly's pair of residential towers, also in the South Loop neighbourhood, and Studio Gang's Vista Tower that will become the city's third tallest.

Chicago also is gearing up to host its second architecture biennial, which opens next month and runs until January 2018.