Dezeen promotion: designers aiming to solve global issues through design and technology, including Daan Roosegaarde, Carlo Ratti and Moritz Waldemeyer, will be among those taking part in the first EDIT festival in Toronto this month.

Dezeen is media partner for EDIT: Expo for Design, Innovation and Technology, which will run from 28 September to 8 October 2017 at the Canadian city's East Harbour venue – formerly the Unilever soap factory.

"The 10-day biennial, in partnership with United Nations Development Programme (UNDP), will celebrate and recognise high-profile international visionaries for the significant impact they have made to propel humanity towards EDIT's overarching theme, Prosperity For All," said the organisers.

Among participants will be Dutch designer Daan Roosegaarde, who will showcase a model of his Smog Vacuum, which uses ionisation to suck pollution out of the air and turns the particles into jewellery.

As one of the speakers for EDIT's Making Change series, former Wired editor-in-chief Scott Dadich will discuss his Netflix documentary series Abstract: The Art of Design and the power of storytelling.

As another Making Change speaker, 16-year-old Achilleas Souras will present his Save Our Souls project, which involved creating temporary shelters for refugees from discarded life jackets.

During the expo, architect and academic Brigitte Shim will also take to the stage, speaking about the future of social architecture, while architect Sharon Davis will showcase her human-centric work in New York City and Rwanda.

Visitors will be able to interact with an LED installation by London-based artist Moritz Waldemeyer, who has previously worked with fashion designer Hussein Chalayan and singer Rihanna.

"For EDIT, Waldemeyer is encouraging social discourse by producing an interactive artwork that illustrates how economic policy impacts society," said the organisers. "Visitors can alter a forest of LED lights by touching a screen to set different rates of taxation, manipulating the tax level for low-income, middle-class and high-income households."

Carlo Ratti, whose urban research and architecture projects integrate technology in a variety of ways, will curate an exhibition around the theme of Shelter.

The other main exhibitions will focus on Nourish, Care and Educate, as well as the overriding Prosperity for All topic. These themes were influenced by the UNDP's 17 Goals for Sustainable Development.

EDIT will kick off with a launch party, when 1,000 will get a sneak preview of the events to come. Tickets are on sale now. The expo will close with the Toronto edition of Feeding the 5000 – a feast made using food that would otherwise be wasted.

For more information, the full programme of events, and to register to attend, visit the EDIT website. 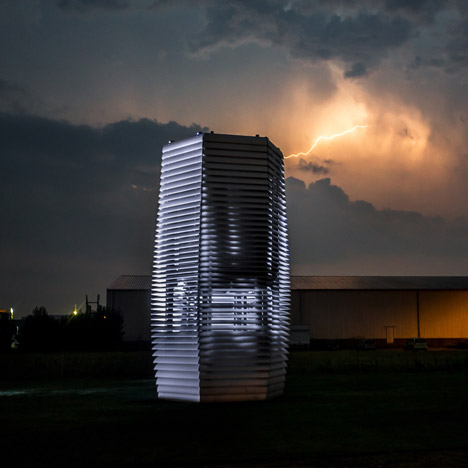