The Brooklyn trend for backyard studios has extended all the way to Toronto, where the founder of architecture firm Six Four Five A has constructed a tiny timber workspace for himself at the end of the garden.

The Garden Studio was designed by Oliver Dang at his family home in the Canadian city, where property prices are rising sharply.

"Having started a small business and working from home while helping raise a young child, the clients were quickly running out of space," said Six Four Five A's project statement.

"But with record housing prices in Toronto, the clients could not afford to move to a larger home and did not want to move outside of the city."

Similarly to many homeowners in Brooklyn, Dang had a generous amount of space at the rear of the house, so decided to make the most of it by building a hut at the end of the yard.

The studio provides a private workspace away from the main house, but leaves room for the one-year-old to play outside.

The area is enclosed by high fencing, positioned between old trees close to the lot. The same cedar wood is also used for decking, and cladding for the 100-square-foot-high (9.3-square-metre) building.

On the front facade, the timber strips are arranged vertically up to the asymmetric pitched roof. A white-framed door and large window are set into this wall.

"A modern take on a Saltbox Shed, the form of the studio is designed to highlight the profile of the maple tree behind but also to match the angle of the southern sun for maximum sunlight through the vaulted ceiling," said the firm, which Dang founded after eight years working for other practices.

Inside, the team needed to use every inch of available space. Vertical studs are exposed and act as supports for shelves, and anchors for larger horizontal surfaces made from birch plywood.

The drawing board is positioned under the front window for maximum natural light, while a standing desk for computer work runs along one side.

A slab of white Carrera marble – salvaged from a skyscraper in the city – forms a durable threshold.

"The resulting design is a bright, lofty and functional office space that is also visually and spatially connected to the house and yard," Six Four Five A said.

"As the clients made it a priority to spend as much time together as a family, the studio allows work to get done in a private space, but also allows opportunities for impromptu picnics and play dates."

Photography is by Ashlea Wessel. 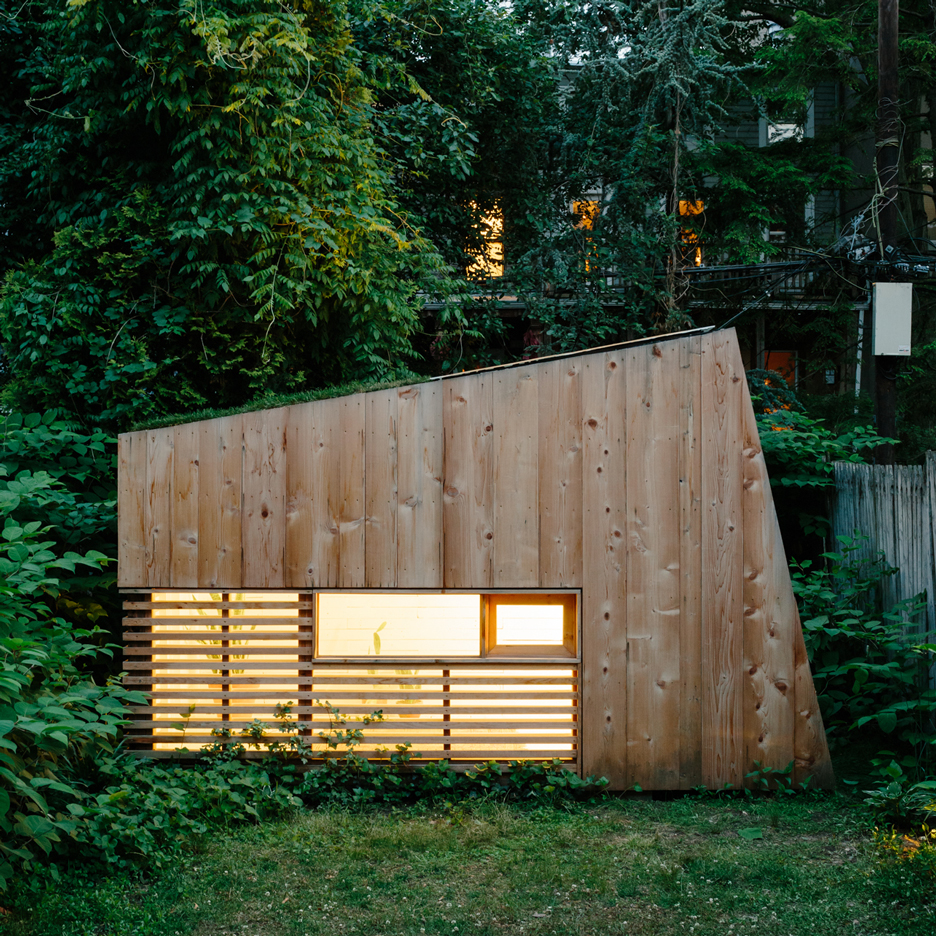