Italian fashion house Gucci has committed to going fur-free and pledged to auction all past fur garments, to benefit animal-rights charities.

Gucci president and CEO Marco Bizzarri announced yesterday that the brand would become fur-free in all collections from next year. He also said it will make adjustments to fur items in its Spring Summer 2018 collection, revealed in September.

Any animal-fur items from collections currently on sale, such as a £25,920 mink coat launched this year, will now be auctioned off, with profits going towards animal rights organisations Humane Society International (HSUS) and LAV.

Use of fur in the fashion industry is "outdated"

"Being socially responsible is one of Gucci's core values, and we will continue to strive to do better for the environment and animals," said Bizzarri, speaking at the London College of Fashion yesterday.

The CEO went on to describe the fashion industry's use of animal fur as "outdated". It partly credited its decision to the influence of creative director Alessandro Michele, who was appointed in 2015.

"In selecting a new creative director, I wanted to find someone who shared a belief in the importance of the same values," Bizzarri said. "I sensed that immediately on meeting Alessandro for the first time."

Gucci's ban on fur is "game-changer" for fashion industry

Gucci's commitment has been applauded by animal rights campaigners, who have described it as a "game-changer".

The brand will go on to join 40 organisations that make up the Fur Free Alliance, which promotes alternatives to fur usage in the fashion industry.

"Gucci's new fur-free policy marks a game-changer for the whole luxury fashion industry to follow," said Joh Vinding, Fur Free Alliance chairman. "Gucci is taking a bold stand for animals, showing the world that the future of fashion is fur-free."

Gucci, founded in 1921 by Italian designer Guccio Gucci, follows in the footsteps of other fur-free brands and designers including Armani, Calvin Klein, and most notably Stella McCartney – who is long-known for her ethical approach to fashion.

And it seems as though the trend for cruelty-free design is now spilling over to the wider design industry. Earlier this year, PETA announced its first Vegan Homeware Awards, which saw IKEA, Habitat and Heal's recognised for their efforts. 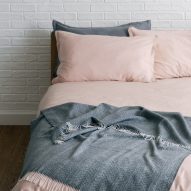