This new building added to a school in the English town of Beaconsfield by London architecture office DSDHA flanks a tree-lined playground and is clad in waney-edged timber to give it a natural appearance.

DSDHA was invited to oversee the final phase of a 20-year masterplan at Davenies School, which was established in 1940 and provides education for boys ranging in age from four to 13.

The school originally occupied an old farmhouse and had spread to include a collection of historic and modern buildings, positioned around formal gardens and a wooded area where children can play outside.

The new project initiated in 2012 involved removing some outdated buildings to make way for a new library, a hall and ten classrooms that seek to fufil the school's objective of promoting engagement with the natural world.

Basing the design on the agricultural heritage of the original building, DSDHA created a series of connected structures that utilise traditional materials to blend in with their natural setting and historic context.

"Our intervention – with its unusual external black waney-edged timber finish and neutral interiors – allows the sense of the architecture to recede," the studio explained, "shifting the focus on the children's pedagogical activities and their connection to the mature landscape outside."

"This process of visual editing applied to the building and the landscape aims at stimulating the children to establish a stronger and intimate relationship with nature, something increasingly at risk of being lost in our contemporary urban environments."

The main addition is a new teaching wing that extends along the edge of the dell and accommodates a hall below. A smaller adjacent reception and teaching area provides a more intimate setting for younger children.

The new wing is connected to the existing school by a glazed link that rests lightly against the heritage-listed building. Folding glass doors on either side of the link can be opened to create a covered walkway linking the dell with the main historic garden.

The wooded play area's position at the rear of the site shelters it from a nearby road and ensures it feels private and secure. A hall used for indoor play is lined with glazed walls that create a visual connection between the dell and activities inside the building.

"While the previous buildings on the site turned their backs on the dell, we made it a key element of our design," DSDHA added, "with its topography and existing trees determining the form and arrangement of the two wings of our building."

The site's sloping topography allowed the architects to slot in spaces such as the glass-lined play room. Terraces connecting the different wings at ground level provide additional outdoor learning areas, and a stair descending into the dell can also be used as an auditorium.

The building is constructed from cross-laminated timber panels that provide the necessary support and thermal efficiency, as well as being quick and easy to erect.

The structure is clad in waney-edge boards, which are cut with a layer of residual bark left on one edge to provide a rustic detail that reflects local architectural traditions and helps the building sit comfortably in its natural context.

Internally, the timber panelling is left exposed to enhance the building's natural appearance and allow pupils to see how the school was constructed. Green-painted window reveals further enhance the connection to the verdant setting.

DSDHA is a London-based practice founded in 1998 by Deborah Saunt and David Hills, who live together in a house featuring underground rooms and mirrors that help it to appear smaller than it really is.

The firm's previous projects include an apartment block in north London with a pair of faceted glass volumes perched on its roof, and a studio and gallery for ceramic artist Edmund de Waal that occupies a former munitions warehouse. 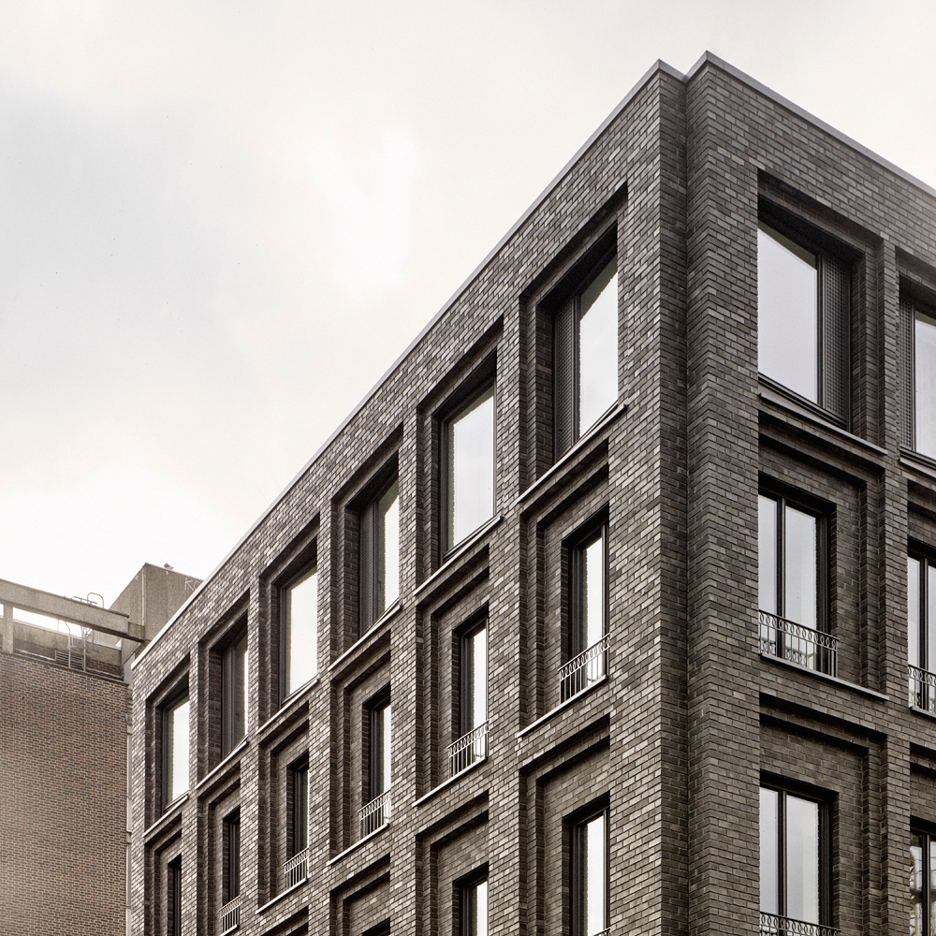