In a "Gordon Matta-Clark-like intervention", an oak tree trunk serves as a structural support for a house with a pentagonal plan in Ghent by local architects Atelier Vens Vanbelle.

Owned by a musician and painter, the original old cornerhouse building consisted of two floors and an attic, plus a courtyard that is separated from the street by a garden wall.

"The inner structure of the house was in a poor condition and the rooms were too small," explained Atelier Vens Vanbelle. "So it was decided to keep only the facade and build a completely new structure in the house."

Using a 12-metre-tall oak tree as a central structural column, the architects built a series of mezzanine floors that spiral around the trunk to form a pentagonal plan.

"It was a Gordon Matta-Clark-like intervention," the architects told Dezeen, referring to the American artist known for his dramatic architectural interventions.

"The tree was a logical and affordable solution, and it immediately gave the right atmosphere to the new home."

"Because the new floors were randomly positioned according to the existing windows," continued the architects, "exciting vistas and lighting conditions were created."

The open rooms connect together to form a spiral staircase that ascends through the house, room-by-room. The architects designed the layout so that the higher the room, the more intimate the function.

For instance, the ground floor houses the owner's studio, the living spaces are on the midway floors and the bedroom and bathroom are located at the top of the house.

The building's existing facade was restored back to its original state, and the roof was replaced. In the process, the architects created a small viewing deck, overlooking the park in front of the house.

In addition, a large window was added in the first floor dining room overlooking the courtyard.

Other homes that cleverly incorporate tree trunks include a conceptual tubular glass house by Kazakh architect Aibek Almassov, which has a mature fir tree at its centre; and a house in southeast Australia by architect Paul Morgan, which is framed by forked tree branches. 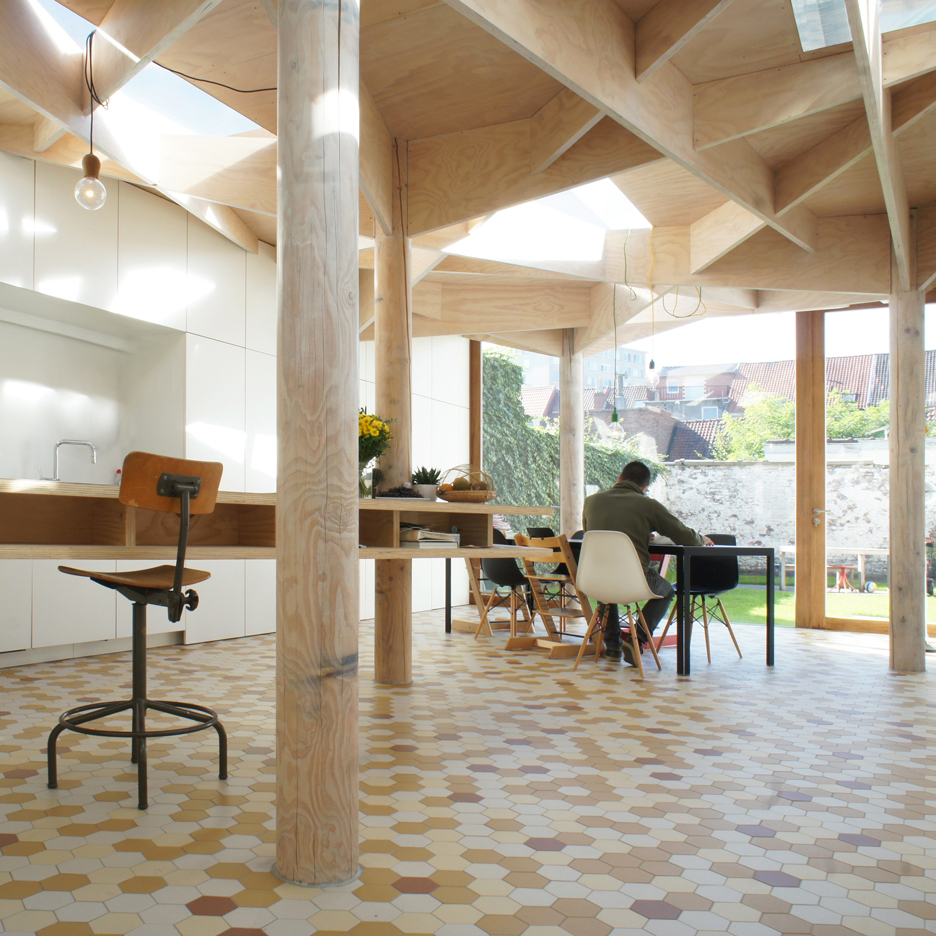