Italian motorcycle manufacturer Piaggio has electrified its classic Vespa scooter, and it is set for global distribution in Spring 2018.

Described by Piaggio as "a contemporary work of art with a technological heart," the Vespa Elettrica retains the original Vespa design but is powered by an all-electric motor.

According to the Italian manufacturer, the new environmentally-friendly electric scooter runs completely silently, making cities "less chaotic and more liveable, while also countering pollution from an acoustic point of view".

"Vespa Elettrica means easy, but natural, driving," stated Piaggio. "It means total connectivity and silence, customisation and accessibility, values ​​that have always been a part of Vespa and which today find their fullest implementation."

Plans for the Vespa Elettrica were first announced at last year's EICMA Motorcycle Show in Milan. A year later, Piaggio used the event – which took place this week – to unveil the final version.

With an energy storage unit able to deliver a continuous power of two kilowatts, and a maximum of four kilowatts, the Vespa Elettrica's performance surpasses the brand's traditional 50cc scooter.

Taking just four hours to fully charge, the vehicle has a range of 62 miles (100 kilometres), and can be recharged simply by plugging the cable in the seat compartment into any standard wall-mounted electrical outlet – or one of the ever-growing number of public charging stations.

The Vespa Elettrica is also available in an X version, which is accompanied by a gas-powered generator to double the scooter's range to 124 miles (200 km).

The battery-powered vehicle also includes a multimedia system that connects to the user's smartphone, which can be controlled via a colour display screen that informs the driver of how much charge and range is left in the scooter.

The screen has four levels of brightness, and is able to adapt to different lighting conditions. The system can also be controlled using voice commands.

When the "man-machine interface" is connected to the driver's phone via an app, it can also alert them to incoming messages and phone calls.

Additional features include under-seat storage that is big enough to fit a helmet, a USB socket, an LED headlight, and matching accessories such as a helmet and a backpack.

For now, the model will only be available in the chrome grey metallic finish, which the customer can tailor with a choice of seven different coloured trims.

Roberto Colaninno, CEO of Piaggio, described the new vehicle as "an extraordinarily advanced technical object that opens the door to solutions that will be passed on in history, just as the Vespa was passed on from 1946".

"It's a gem of all-Italian technology, all made at home – that's why it’s beautiful, works well and is innovative," Colannino told local press. "It contains the future of our planet, our future."

Piaggio is just one of many transport companies that have invested in electrification. Others that have unveiled pioneering new electric vehicles in the past year include Renault and Honda.

Taiwanese company Gogoro revealed what it described as the "world's first Smartscooter" back in 2015, which it hoped would aid in combatting pollution in cities.

Pricing for the Elettrica has not been announced, but it will be produced first in Italy, and then distributed internationally by 2018. 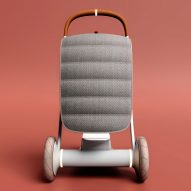