An iconic mid-century hotel in Scottsdale, Arizona, has been brought up-to-date while retaining its original modernist features by architect Edward L Varney.

Hotel Valley Ho resort and spa is a short walk from Downtown Scottsdale, a city that forms part of the Phoenix metropolitan area – known as the Valley of the Sun.

The hotel was first opened in 1956, in a two-storey complex designed by Varney, by owners Robert and Evelyn Foehl.

"In the years prior to opening the hotel, and in keeping with a summertime tradition of leaving the hot Arizona summer, the Foehls managed Lake Arrowhead resort in Southern California, where they befriended many celebrities," said a statement from the hotel. "Their gracious hospitality, coupled with their California visits, created the Hollywood connection at Hotel Valley Ho that still exists today."

By the 1990s, the glamorous reputation had faded and the resort was eventually put up for auction. The highest bidders planned to demolish the property, so it was sold to second-in-line Westroc Hospitality, which promised to return it to its former glory.

The complex then underwent a major renovation, headed by Scottsdale-based Allen + Philp Architects. During the overhaul, some the building's signature earth-toned concrete panels and columns – which combine the modularity of modernism with motifs typical of the American Southwest – were recast and replaced.

Guest rooms of various layouts and sizes were also redesigned, before the hotel reopened in 2005.

Planning consent for this had already been approved as part of the original design, and Varney had already built foundations and lift-shaft bases to accommodate a high-rise, so a seven-storey block was added in 2008.

Known as The Tower, the block contains several two-storey suites with views of Downtown Scottsdale or nearby Camelback Mountain.

More recently, the interiors of the hotel's 241 rooms and suites were renovated by local designer Anissa Mendil – who spent part of her education at nearby Taliesin West, home to the architecture school founded by Frank Lloyd Wright.

Mendil, a director at architecture and interiors firm 3rd Story, aimed to retain the mid-century atmosphere but mix older styles with contemporary furniture.

In the suites, glossy yellow was chosen for kitchen cabinets and other storage units. Wood panelling, terrazzo floors and exposed concrete run throughout, with levels connected by open-riser stairs with glass balustrades.

Other guest rooms feature colourful upholstery and patterned carpets, with some including freestanding tubs in the middle. Furniture including sofas from B&B Italia and lounge chairs from Knoll was reupholstered in similarly bold tones.

The renovation of mid-century hotels and motels has become a major trend across the US over the past few years. Run-down buildings from New York's Catskill mountains to California's Malibu beach have been overhauled to provide high-end accommodation. 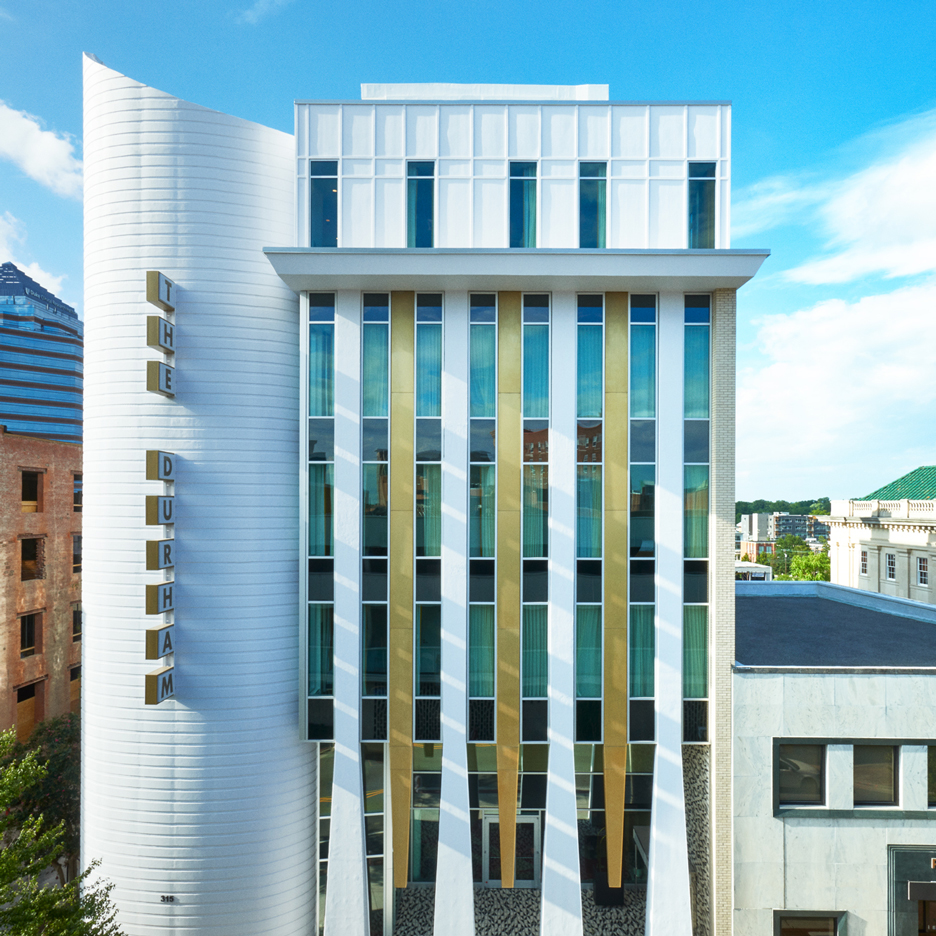