The daughter of late Italian architect Paolo Soleri has alleged that he sexually molested and attempted to rape her as a teenager.

In an open letter published on Medium, titled "Sexual abuse: it's you, him, and his work", Daniela Soleri details an abusive relationship with her father – an architect heralded for his visionary, environmentally conscious designs.

In the text, she describes a recurring dream where Soleri is "fuming" at her – which she claims was triggered by his abuse.

"It was a clumsily literal dream that started in my early adolescence, when my father, an architect and craftsman, began sexually molesting me, eventually attempting rape when I was 17," she wrote. "It was a child's solution to the problem posed by a man who I, and everyone around me, saw as the centre of the universe."

Daniela, who has a sister, grew up in the Arizona desert, where her father settled and practiced after a brief stint working under Frank Lloyd Wright at his Taliesin West school.

The architect later developed his "arcology" concept, which combines architecture with ecology to create densely populated human habitats with low ecological impact. He demonstrated some of these ideas at Arcosanti, a commune built 50 miles north of Phoenix that is still home to a handful of residents and remains under development.

A retrospective exhibition celebrating his work is currently on show at Scottsdale Museum of Contemporary Art.

But Daniela suggests her father's artistic genius was the result of his egocentric and dangerous personality.

"He had good qualities – intelligence, charisma, discipline, skill – he was extraordinary in a number of ways," she wrote. "But like many such people, including many artists, he was a fierce narcissist, capable only of seeing others in terms of their role in his world."

Her letter, published last month, comes in the midst of a wave of sexual abuse allegations in the US. The "national reckoning" was ignited earlier this year when The New York Times and The New Yorker reported accusations made against acclaimed Hollywood producer Harvey Weinstein.

Daniela regrets that only now, in the wake of scandal, is abuse gaining recognition, when before it had largely been ignored. Her letter suggests that she had made contact with the New York Times, but was knocked back.

"Condemnation of sexual harassment and abuse is having a moment, and that's reason to cheer," she said.

"But let's not kid ourselves, the very publications that are now, rightly, devoting space and commentary to reporting and condemning the alleged behaviour of Harvey Weinstein over the last 30 plus years, repeatedly rejected pitches and submissions about sexual abuse by an artist and architect they reported on, eulogised, and whose work they continue to follow."

Her account shares similarities to the dozens released by both women and men since the Weinstein scandal, accusing powerful, well-regarded figures in the entertainment industry.

She kept quiet "believing behaviours were excused by his brilliance and his work" and because she felt insignificant: "the comparison of my value versus his as a great figure – no contest!".

These reasonings also echo those in Anna Winston's Opinion column for Dezeen, which said that a male-dominant architecture industry has culture of quietly condoning sexist behaviour.

Daniela – a research scientist at the University of California's geography department – cut off relations with her father in 2011, two years before he died aged 93.

She had already privately disclosed his behaviour to his close friends 24 years ago, and then again six years ago in her resignation from the board of his Cosanti Foundation. She was surprised at the reaction of one of the members, who seemingly would have preferred that she kept silent. 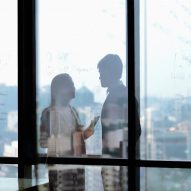 Since the publication of the letter, the Cosanti Foundation board confirmed its support for her and that it would "reconsider his legacy". It will continue work on his projects like the experimental micro-city Arcosanti, which are "greater than the ideas of one man".

"We are saddened by Daniela Soleri's trauma. Her decision to speak out about her father's behaviour towards her helps us confront Paolo Soleri's flaws, and compels us to reconsider his legacy," the president of the board Jeff Stein told Dezeen.

Portrait of Paolo Soleri is by Flickr user Adam Brock and has been cropped for this story.