Scottsdale Museum of Contemporary Art is hosting a retrospective of work by the late, local architect Paolo Soleri, from craft objects to plans for vast eco-cities. Curator Claire Carter has picked out her highlights for Dezeen.

The exhibition, Repositioning Paolo Soleri: The City Is Nature, comprehensively summarises the breadth of Soleri's art, architecture and design – from fantastical organic bridges and visionary cities of the future, to bronze bells and posters.

Soleri was born in Turin, Italy, but spent the majority of his life living and working in the Arizona desert. He built only a handful of structures, but his many ideas are documented through drawings on huge rolls of paper, hundreds of sketchbooks, and models of various scales.

"For the first retrospective since Soleri's death in 2013, I thought it was important to survey the variety of mediums he explored: drawing, sculpture, carving, painting, ceramics, bronze and aluminium casting, earth-cast concrete construction and silt-cast slab construction, among others," said Carter, who spent years researching and trawling his archives to create the exhibition.

"I wanted to include Soleri's craft production as equal to his artwork, as he exhibited all media in international exhibitions," she told Dezeen.

The exhibition runs until 28 January 2018 at SMoCA. Below, Carter selects her highlights and explains their significance:

"In 1946, armed with a five-year terminal degree in architecture, Soleri traveled to the United States to study under Frank Lloyd Wright at Taliesin West in north Scottsdale.

During his two years with the Taliesin Fellowship, Soleri spent more time preparing food in the kitchen, serving in the dining room, gardening and doing basic construction work, than on his real interest – his personal drawings and designs.

Impressed by his imaginative drawings during a visit to Taliesin, MoMA curator Elizabeth B Mock asked Soleri to design a theoretical bridge for her upcoming publication The Architecture of Bridges (1949). His proposal was a continuous beam long-span highway bridge of reinforced concrete, later named Beast Bridge, of which Mock published a concept sketch."

"Soleri's sudden departure from Taliesin in September 1948 has never been definitively explained, however most accounts suggest that Wright abruptly kicked out Soleri and fellow apprentice Mark Mills. During eight impoverished months that followed, Soleri created a suite of drawings of private residences that he called the Arizonans, which included many design concepts he would apply to his first built project: Dome House.

Soleri and Mills eventually received a commission from Leonora Woods to construct "a little house where she could look at the stars" for a total budget of $3,000. The plan for Dome House included a hemispheric roof, half-opaque and half-transparent glass. Double tracks allowed the owner to rotate each half around the circle as well as slide one beneath the other.

The opaque side, made using Frank Lloyd Wright's desert masonry technique, would block direct summer sunlight and the glass or open air would maximise Arizona's gorgeous weather the rest of the year. The house was finished in late 1949 and after Woods' daughter, Colly, and Soleri fell in love, they were married at the house.

In our exhibition, we have on loan from MoMA the only model of Dome House that Soleri constructed. It has never been exhibited in Arizona, despite the fact that Dome House was built here in the Phoenix valley and is still inhabited."

"From Soleri's craft practice, we have almost 20 examples of very early ceramic bells on loan from private collectors. Soleri's ceramic output was largely the product of his own experimentation with earth-casting and unorthodox firing techniques.

After learning ceramics casting in Italy, Soleri and his family settled in Paradise Valley in 1955 and purchased the land for Cosanti. Through a chance encounter, Soleri encountered ceramic wind bells made by an American GI, who learned the technique while serving in the Korean War. Soleri quickly began producing his own ceramic wind bells and became an active participant in the Arizona craft community.

"Soleri sketched on long rolls of brown butcher paper laid out on his drafting table, rewinding the paper as he worked. This process allowed Soleri to draw in a stream of consciousness, brainstorming and designing numerous variations of one building.

In this city devoid of roads, automobiles are rendered useless, replaced by elevators and escalators that connect living and work spaces. Scale is communicated through small red human figures sitting in amphitheaters, riding in elevators and strolling through gardens.

This particular scroll is an exceptional example of a single continuous design. Because the scroll is significantly longer than Soleri's drafting table, he had to have sketched it in segments. Despite being unable to see it in its entirety, Soleri made a beautifully cohesive drawing."

"One of Soleri's less-discussed skills was his dexterity at revisiting and translating a design from his sketchbooks into a variety of different media. For example, after initial experiments in his sketchbooks, he produced the scroll Cantilever Bridge (1962).

Its evolution continued in the five-foot-high plaster model Single Cantilever Bridge (early 1960s), created using Soleri's silt-cast technique. The silt texture of the base's exterior is the result of a final spray of silt and adhesive that created a uniform surface distinct from the pristine, bone white plaster of the bridge structure.

We are very proud to display three bridge models misplaced in 1971 that we rediscovered during my research. The museum has since stored and conserved the models and after the exhibition they will return home to the foundation archives at Arcosanti."

To popularise his workshop program, Soleri expanded his marketing and promotional outreach. The studio began producing screenprinted posters in 1958. Because they were hand-screened, every poster has a unique marbling coloration.

The Silt Pile posters were made in large quantities and mailed to universities all over the world to advertise the workshops on campus. Word spread quickly, and soon Cosanti brimmed with college students from across the United States and abroad."

"In the late 1960s, Soleri introduced a new theory he called arcology – a combination of the words architecture and ecology. An arcology is a densely populated city within a self-supporting singular structure whose footprint expands vertically rather than horizontally. Reducing the footprint decreases the city's intrusion on the natural landscape, eliminates suburban sprawl and diminishes the need for automobiles within its boundaries.

Soleri's arcologies evolve like organisms in the natural world – absorbing energy from their surroundings to transform into ever greater complexity. Soleri explored these "three-dimensional cities" in his sketchbooks, scrolls and ink drawings.

After selecting a smaller number of designs, he would assign workshoppers and apprentices to create more refined drawings and large-scale acrylic models. In contrast to Soleri's sketches, these stark ink drawings appear more like professional architectural plans."

"Soleri continued to search for a site to construct his next city-experiment, Arcosanti, named for the synthesis of arcology and Cosanti. After securing a parcel of land along the Agua Fria River in Mayer, Arizona (75 miles north of Phoenix), the Arcosanti initiative broke ground in 1970.

In the first seven years, almost 1,700 volunteers from all over the world paid to labor during the six-week workshops coordinated by the Cosanti Foundation. Over the years, the foundation would strategically acquire more land to create a buffer between the site and possible future development and/or suburban sprawl.

Arcosanti defines itself as an ongoing living experiment exploring Soleri’s ideas. It continues to attract creative, idealistic individuals who seek alternatives to our sprawling cities and a more sustainable relationship to the natural world." 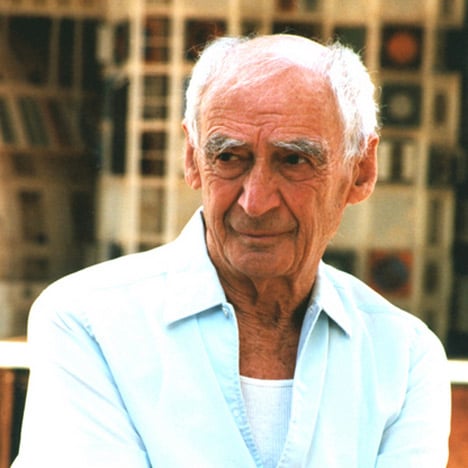