British fashion designer Paul Smith has designed a collection of handwoven rugs, featuring the multicoloured stripes that are synonymous with his brand.

In collaboration with The Rug Company, Smith's new collection incorporates an array of undulating lines and stripes, using a spectrum of colours and shades.

"The classic stripe is given a contemporary twist with intersections and overlays, seamlessly flowing from one colour group to the next," said the company.

For the Carnival Pale rug, Smith muted his usually bold bands of colour, and instead used an "understated" palette of pastel hues.

The segments of colour intersect to create a multi-layered pattern, merging and changing colour at each overlap.

According to the company, this "play with transparency" presented a challenge to its weavers in Nepal, with each complex design requiring 52 colours.

Smith's Albemarle rug is also part of the new collection and was inspired by the cast iron facade of his Albemarle Street shop in Mayfair, London.

The rug is decorated with the same repetitive pattern of interlocking circles that cover the face of his West End shop.

"The cast iron motif is reinterpreted into the soft sheen of hand-spun silk yarns," the company described.

"The undulating steely grey lines shimmer against the matt wool base of the same colour, giving it a subtle movement, which alters with the light as you walk around the rug."

Smith's multicoloured overlay runner also features in the collection, which is patterned with layers of ribbon-like bands in bold hues.

These strong colours contrast to those used in the designer's Prism handwoven needlepoint cushions, which were also released with the new range.

Each muted line comes together to form a square outline, getting smaller with each layer, creating a design similar to those used to create the illusion of distance.

All of the rugs have been woven from hand-knotted Tibetan wool, by The Rug Company's weavers in Nepal, with every single colour taking one day to create.

Although Smith is most famous for his men's fashion design and tailoring, he has previously put his stamp on various furniture pieces, including the Anglepoise Type75 desk lamp, a selection of chairs by legendary Danish designer Hans J Wegner, and Gufram's cactus-shaped coat stand.

A retrospective in 2013, named Hello, My Name Is Paul Smith, celebrated the designer's career across many disciplines, including his collaboration with MINI, his photography projects, and garments from his brand's archive. 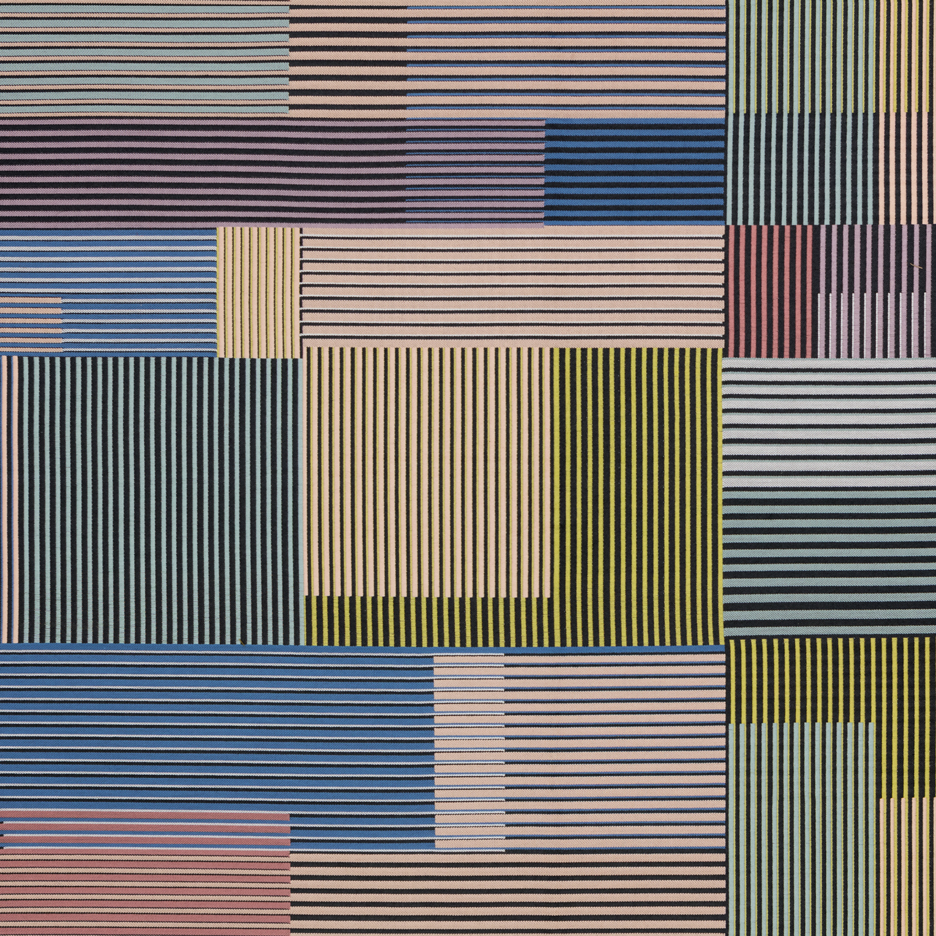