The escalators of Parisian department store Le Bon Marché appear to have been tied in a knot in this installation by Argentian artist Leandro Erlich.

Le Bon Marché, one of the city's most famous department stores, commissioned the artist to create an installation of his choice.

Titled Under the Sky, Erlich chose to transform the store's interior into a fantastical world above the clouds – as a tribute to Paris' sky.

"For me, each city has a strong relationship with its sky. It influences its population, its dynamism and its general atmosphere," said the artist.

"The sky of a city changes the perception of it: a day nostalgic and conducive to reflection, it may be happier the next day," he continued.

Using the black and white gridded facade of the escalators as a starting point, Erlich attached additional structures to the existing escalators to create an optical illusion that makes them look like they have been tied in a giant knot.

Projections of cloud formations are displayed on a large screen underneath the store's glass ceiling, while cloud-like shapes fill the shop windows.  The light in the store has also been programmed to change depending on the time of day and season.

"What inspired me since the beginning of this project are the strongest architectural elements of the Bon Marché Rive Gauche – namely, the central escalator and the windows.  These are emblematic elements of this place," he said.

"For me, Le Bon Marché Rive Gauche is a space that challenges me as a universe in its own right. I think there is a kind of dream and ghost behind," he continued. "This space is anchored in the city, but the enchantment it gives us transports us elsewhere. It is a space that offers things that are sometimes unexpected, but at the same time is part of everyday life for many city dwellers." 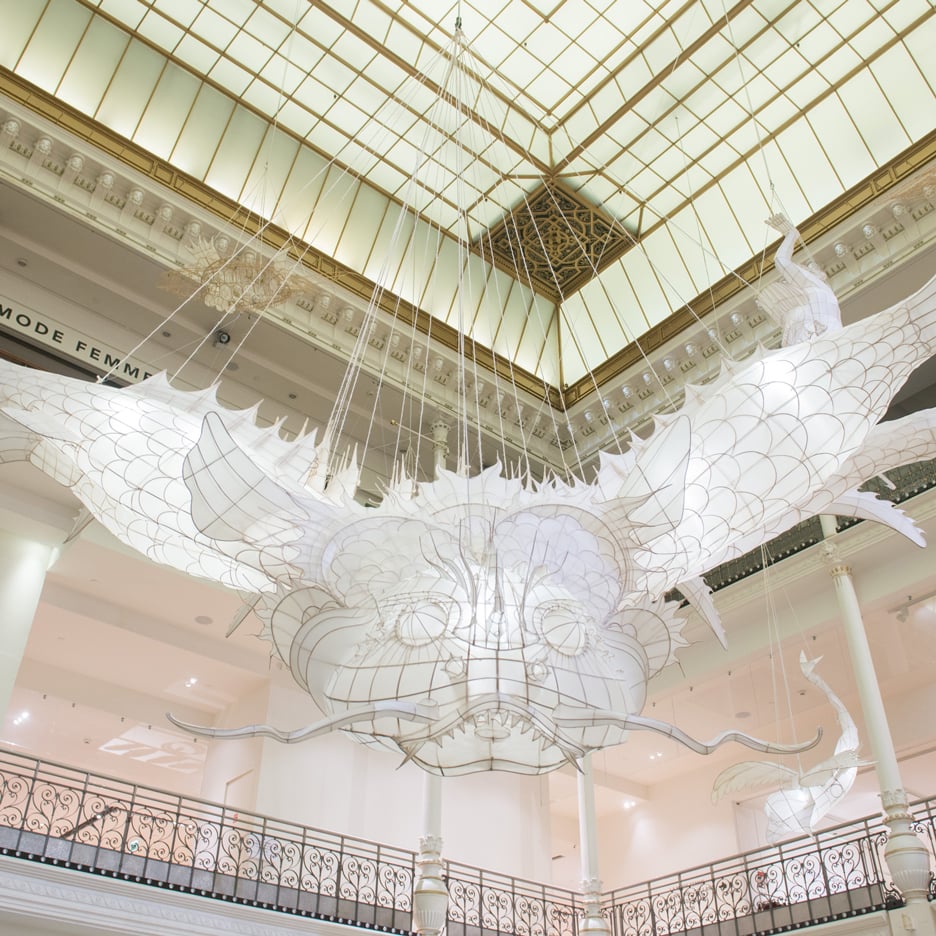 Founded in 1852, Le Bon Marché Rive Gauche is largely considered to be the first department store in the world.  Previous artist collaborations include Ai Weiwei's monstrous sculptures in 2016, which saw mythological characters and creatures installed in the building's windows, atriums and gallery.

Erlich's installation will remain on show at the department store until 18 February 2018.