"This exhibition speaks to our inner child," said Ai. "Introducing the fantastic within a retail space strikes the imagination of customers, visitors, passersby."

The characters are taken from Shan Hai Jing, also known as Classic of Mountains and Seas – a collection of tales told to children that dates back over 2,000 years.

Ai worked with an expert craftsman and team of artisans from Shandong Province to create the sculptures, using an age-old technique that involves stretching silk or paper over bamboo frames.

"These characters are technical feats," said Ai. "At the same time, it's a very simple handicraft. Anyone can make a kite."

The Er Xi exhibition is spilt into three parts, with the first set of sculptures located across 10 window displays. 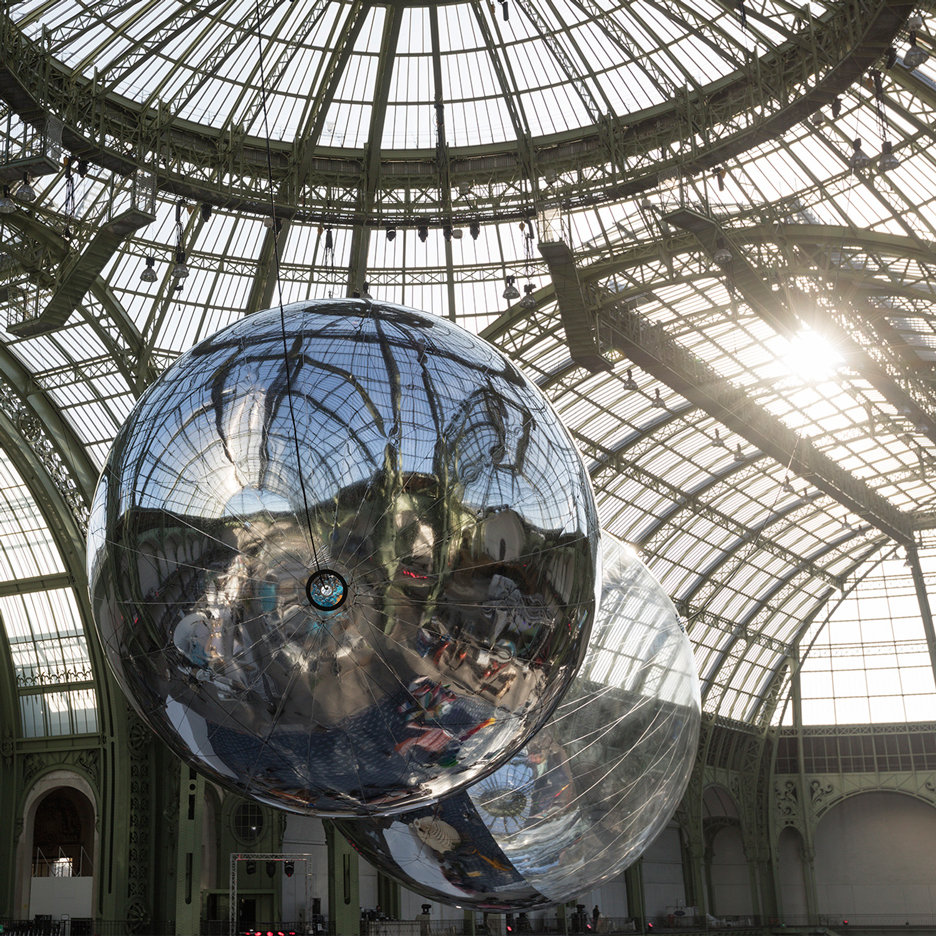 In the store's atriums, 3D representations of dragons, chimeras, fish and other creatures are suspended from the ceiling by a series of ropes.

Lights installed within the bamboo structures illuminate the monstrous shapes like paper lanterns.

Visitors can get closer to the sculptures in Le Bon Marché's gallery, which include a large dragon woven from a bamboo lattice.

His work is often critical of the Chinese government's policies, which led to his arrest and imprisonment for 81 days from April 2011, then restricted travel following his release until July 2015.

Since then, the artist has accused Lego of censorship after the Danish toy company refused to supply an order for an exhibition in Australia, and launched a jewellery collection modelled on construction reinforcing bars.

Photography is by Gabriel de la Chapelle, unless otherwise stated.