IKEA and Dutch designer Piet Hein Eek have created a range of furniture and homeware that showcases imperfections, rather than hiding them.

The collection, named Industriell, marks the second collaboration between IKEA and Eek.

It includes a range of limited-edition pieces, including chairs, tables, ceramics, textiles and glassware. With their craft-like aesthetic, the products are all designed to look slightly different from one another.

The aim was to "redefine mass-produced products by turning uniformity on its head".

"When I graduated from design school there was a great drive for perfection in design," said Eek. "If you made a thousand copies they all had to be identical, and there was nothing in the design that hadn't been put in there by the designer himself."

"I wanted to strip that idea away, and make objects feel more human and personal while still having an industrial production process."

Eek did this partly through his use of materials. For the chair, bench and tables, he chose to use pine wood that would have otherwise been considered waste.

Each piece features its own unique knots and grains. Colourful stains range from bright yellow and blue, to soft grey and black. 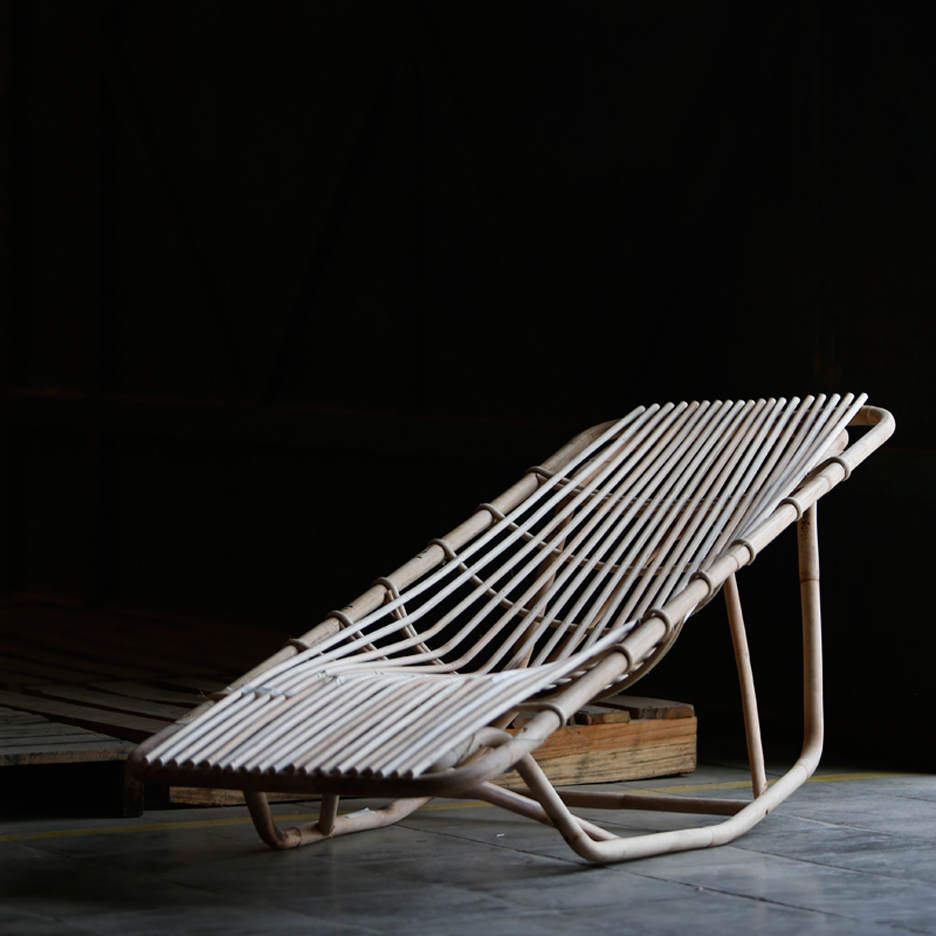 Ceramic vases each have a lumpy form, created from different handcrafted moulds. Texiles – one in a checkerboard pattern and another with stripes –are decorated with designs hand drawn by Eek.

"Industriell is a beautiful collection, because you can feel a personality behind each of the products and know that each is unique," said IKEA's creative leader Karin Gustavsson.

"They're also made to mix in with the other products you have used to style a room, so hopefully they become part of your personality too."

IKEA, which topped the Dezeen Hot List in 2017, first announced its long-term collaboration Eek in 2015.

IKEA to collaborate with Virgil Abloh for millennial-focused furniture collection

The designer, best known for his scrap-wood furniture made from timber offcuts, revealed the first products from the collaboration in 2016. They included a collection of furniture and homewares based on traditional Indonesian and Vietnamese crafts.