Pichai began his key note speech at the annual conference by telling the crowd: "Towards the end of last year it came to my attention that we had a major bug in one of our core products. It turns out, we got the cheese wrong in our burger emoji."

Google's original cheese burger emoji placed the cheese under the burger rather than on top – an error that was originally highlighted on Twitter in October 2017 by writer and author Thomas Baekdal.

"I think we need to have a discussion about how Google's burger emoji is placing the cheese underneath the burger, while Apple puts it on top," he tweeted.

I think we need to have a discussion about how Google's burger emoji is placing the cheese underneath the burger, while Apple puts it on top pic.twitter.com/PgXmCkY3Yc

The tweet was retweeted almost 25,000 times with most users largely agreeing that the placement of the cheese under the patty was incorrect. The thread attracted the attention of Google CEO Sundar Pichai who replied: "Will drop everything else we are doing and address on Monday :) if folks can agree on the correct way to do this!"

At the conference this week, the original emoji was presented alongside an updated version with the cheese placed on top of the patty.

Google also unveiled another updated emoji, which had originally been drawn incorrectly.

"We fixed it, and we got the cheese right, but as we were working on this, this came to my attention," continued Pichai as an image of Google's beer emoji flashed up onto the screen. 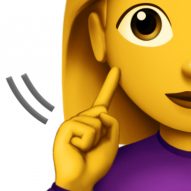 The original emoji depicts a half-full glass of beer with a large gap between the beer and the foam spilling over the edge of the glass.

"I don't even want to tell you the explanation that the team gave me as to why the foam was floating above the beer, but we restored the natural laws of physics," he joked.

The annual conference was initiated as a way of bringing together developers from around the globe to hear about the tech company's new products, developments and plans for the future.

Other news from the I/O conference included the rebranding of its Google Research division to Google AI, and the unveiling of a major overhaul of Google's Material Design language with a new tool called Material Theming.

Material Theming is a plugin for prototyping app, Sketch. Its easy-to-use tools allow designers to apply their own branding elements to their work while still using Google's existing design system. Google has already used the the Material Theming plugin to remake its own apps and websites such as new Gmail.

Emojis are evolving. Google's competitor Apple recently requested the addition of 13 inclusive emojis, including prosthetic limbs, guide dogs and a hearing aid, to better represent people with disabilities, while a breastfeeding mother and a woman in hijab were both added in 2017.