Chinese scientists have developed a wallpaper that can detect fires and set off an alarm if one occurs.

Created by researchers at the Shanghai Institute of Ceramics and the Chinese Academy of Sciences, the wallpaper can trigger an alarm when it is exposed to extreme heat.

The "fire-alarm wallpaper" contains nano-wires made from hydroxyapatite – a non-flammable material that is found in human bones and teeth.

This inflamable paper is coated with an ink made from graphene oxide. When exposed to temperatures over 130 degrees Celsius, the oxygen-containing elements of the ink are burnt off, leaving a material that conducts electricity.

This forms part of an electronic circuit that can be connected to an alarm, emergency lights, or even a sprinkler system.

So when the wallpaper is exposed to fire, it completes the circuit to set off an alarm.

The paper, which takes two seconds to respond to the heat, can conduct electricity for approximately five minutes.

Due to the nano-wires, the wallpaper developed by the researches, is much less flammable than commercial wallpaper.

This means that the wallpaper can not only set of an alarm, but is also highly fire-resistant compared to regular commercial wallpaper, which is often highly flammable. 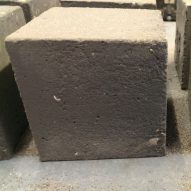 The researchers believe that the new wallpaper could have many applications and could greatly improve fire safety in the home.

"The fire-resistant wallpaper has a white colour, mechanical robustness, and high flexibility, it can be processed into various shapes, dyed with different colours, and printed with a commercial printer," continued Zhu.

"Therefore, the fire alarm fire-resistant wallpaper has promising applications in high-safety interior decoration to save human lives and reduce the loss of property in a fire disaster."

The fire-alarm wallpaper was made possible by the development of a process that can scale up the production of nan0-wires made from Hydroxyapatite.

Researchers had previously only been able to produce the material in small amounts.

"The mass production of ultralong hydroxyapatite nanowires as the raw material for the smart fire alarm fire-resistant wallpaper is critical," continued Zhu.

Scientists are currently looking to develop uses for nano-materials. Researchers have recently incorporated the material into concrete to greatly increasing the material's strength and water resistance.

The wonder material has also been incorporated it in hair dye, water filters and night-vision contact lenses.