A set of guidelines for designing inclusive bathrooms for public buildings, created to address an "urgent social justice issue", is now available online.

Three years in the making, the open-source, design-research project provides information and prototypes for creating safe and inclusive restrooms that can be used by all.

"Stalled! takes as its point of departure national debates surrounding transgender access to public restrooms to address an urgent social justice issue: the need to create safe, sustainable and inclusive public restrooms for everyone regardless of age, gender, race, religion and disability," said a statement on the website.

The initiative also intends to raise awareness and encourage dialogue around the topic through lectures, workshops, essays and interviews.

Stalled! follows heated recent debates about transgender access to single-sex public bathrooms, in the US and worldwide. Some argue that people should be able to choose the bathroom assigned to the gender they identify with, while opponents argue that this would cause discomfort and safety concerns for other users.

In 2016, North Carolina controversially passed a law that forces transgender people to use single-sex public restrooms based on the gender on their birth certificate. This caused the AIA to cancel a conference in the state in protest. Since then, US states including Vermont and New York have enacted legislation that requires single-sex public bathrooms to be marked as gender neutral.

Many public buildings worldwide already provide or have adopted gender-neutral bathrooms, but the Stalled! team thinks that – while a start – these do not go far enough to address the diverse range of issues that need to be considered.

Beyond concerns for the transgender community, Stalled! also aims to tackle problems currently faced by breastfeeding mothers, those needing to administer medication or perform religious rites, and people with physical or mental disabilities.

The creators believe that the needs of all of these groups can be catered for through considered design decisions. They are advocating to change current building codes for public bathrooms, to open up opportunities to convert existing facilities and to create appropriate regulations for future public buildings. 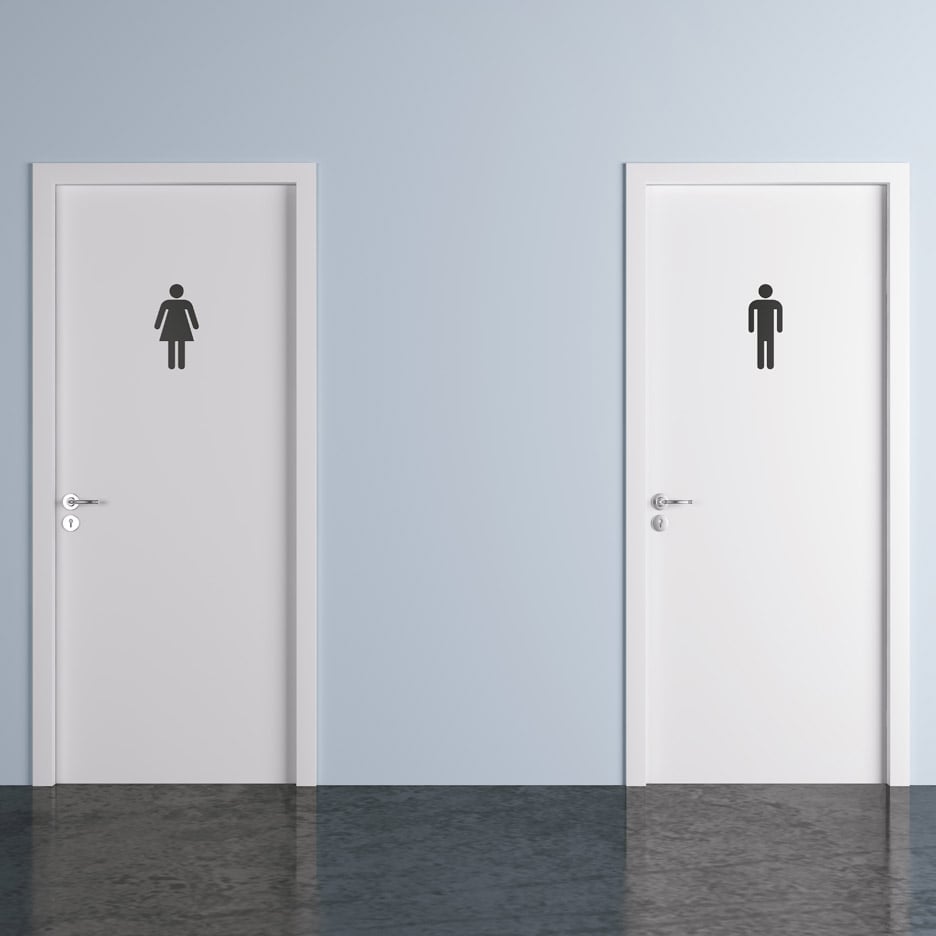 "While many progressive institutions are committed to bathroom equity, they are working in isolation to come up with viable solutions without the benefit of a consistent approach that considers the broad social, political, economic, and architectural dimensions of this complex problem," said Sanders, who is also a professor of architecture at Yale University.

"Stalled! solves this issue by raising awareness for the design need, developing best practice design guidelines and lobbying to amend legal codes that govern the construction of traditional restrooms."

The prototype examples already uploaded to the website include facilities at Gallaudet University – where standard single-sex restrooms were converted into an inclusive multi-user facility – and a proposal for bathrooms at airports that includes "a semi-open agora-like precinct that is animated by three parallel activity zones, each dedicated to grooming, washing and eliminating".

"Our mission: the creation of viable economical restroom prototypes for retrofit and new construction projects that can be adopted and deployed across the United States," said the team on the website.

Stalled! was presented at the AIA Conference on Architecture, taking place at Manhattan's Javits Center 21-23 June 2018, and supported by the New York Chapter of the AIA's Diversity and Inclusion Committee.