Architect Billie Tsien has called for better child care in the US to help more women remain in her profession, rather than have to chose between work and family.

Tsien told Dezeen that maternity leave and more flexibility with working hours is essential if those with families are to progress with careers in architecture.

"The biggest issues of inequality for women in the profession is the fact that there is no child care that is mandated across federally, it should be a federal issue," said Tsien.

"The only way that you can keep working in a profession as demanding as architecture, is if you make a space for people with families," she continued.

"So that's maternity leave, maternity leave pay for both [men and women], and it's also a general understanding that if there is an issue with something to do with your family you can always leave to go home and take care of it. That gives people a sense of comfort."

Maternity leave and pay is a particular point of concern for those employed in practices in the US, which only requires companies to offer up to 12 weeks of unpaid leave following the birth of a child under The Family and Medical Leave Act (FMLA).

Employees in the UK meanwhile are provided a more encouraging package, entitling them to the first six weeks of leave paid at 90 per cent of their average weekly earnings. The 33 weeks after this are then either paid at this amount or £145.18 ($191.51) per week – whichever is lower.

Female architects forced to chose between work and family

Tsien – who runs her New York-based firm with husband Tod Williams – also addressed the wider issue of the disparity between the numbers of men and women working in the profession. Last year a Dezeen survey of the world's 100 biggest architecture firms revealed a "quite shocking" lack of gender diversity at senior levels.

"Why do we women leave the profession? Because somehow or other we are faced with the question of having a family or our profession, that should not be a question," said Tsien, who spoke to Dezeen at a press event for her firm's major overhaul of the Hood Museum of Art. 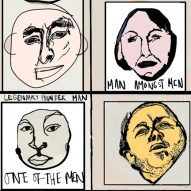 Female architects respond to gender survey: "It's getting better but far too slowly"

Among the main concerns is the poor university-to-workplace ratio among women, as highlighted by architect Elizabeth Diller in an interview with Dezeen.

While numbers in architecture schools are commonly equally split between male and female, a high drop-out rate of women results in much higher levels of male architects in the profession.

The imbalance is the result of several factors, but is often blamed on the fact that the age when women are first establishing themselves in the profession – usually during their late 20s and 30s – also coincides with the time best suited to starting a family.

Tsien made the comments when asked about the recent push to improve gender equality in architecture, in light of events and movements like International Women's Day, global marches and #MeToo.

"I think across the board [these movements] are tremendously important and certainly in architecture, which is a field where both women and people of colour are underrepresented," she said. 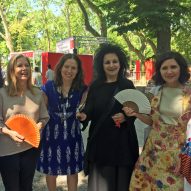 Female architects are also campaigning for equal rights in the profession in a number of ways, including a flash mob held at the Venice Architecture Biennale earlier this year, which was followed by a second edition at the American Institute of Architects conference in New York on Friday 22 June 2018.

Architect and filmmaker Beverly Willis was among the ringleaders of the latter. Her new movie aims to raise awareness of the amount of women who have built projects in New York City.

Dezeen also launched the Move the Needle initiative to help encourage diversity in the architecture and design. A number of major firms, including Foster + Partners and Africa's largest architecture practice Boogertman + Partners, promised to tackle their gender pay gap in response.