This summer's blockbuster movie Skyscraper centres around a fictional megatall tower that is intended to be as realistic as possible, according to architect Adrian Smith, who was consulted during its development.

Drama in the action-adventure film – released in the US tomorrow, 13 July 2018 – revolves around an imaginary 240-storey skyscraper in Hong Kong, called The Pearl, which catches on fire.

The movie's director Rawson Marshall Thurber wanted to make the building believable, so enlisted Chicago-based Smith – whose firm Adrian Smith + Gordon Gill Architecture is behind some of the world's tallest structures – to advise on the project during the writing process.

"Fictional skyscrapers in theory have no limits and can be designed using systems and materials that do not currently exist," Smith told Dezeen. "This was not the case with the skyscraper in the movie since the producer wanted this to be a tower based on real possibilities."

Skyscraper's The Pearl would be the tallest building in the world

Smith's portfolio of skyscrapers includes the 828-metre-tall Burj Khalifa in Dubai – designed while at SOM – which currently holds the title of world's tallest tower. This is set to be surpassed by his firm's Jeddah Tower in Saudi Arabia, which is under construction and set to rise over 1,000 metres once complete.

To help Skyscraper's director and writers, Smith provided information about these projects and others for them to reference when creating the story around The Pearl. 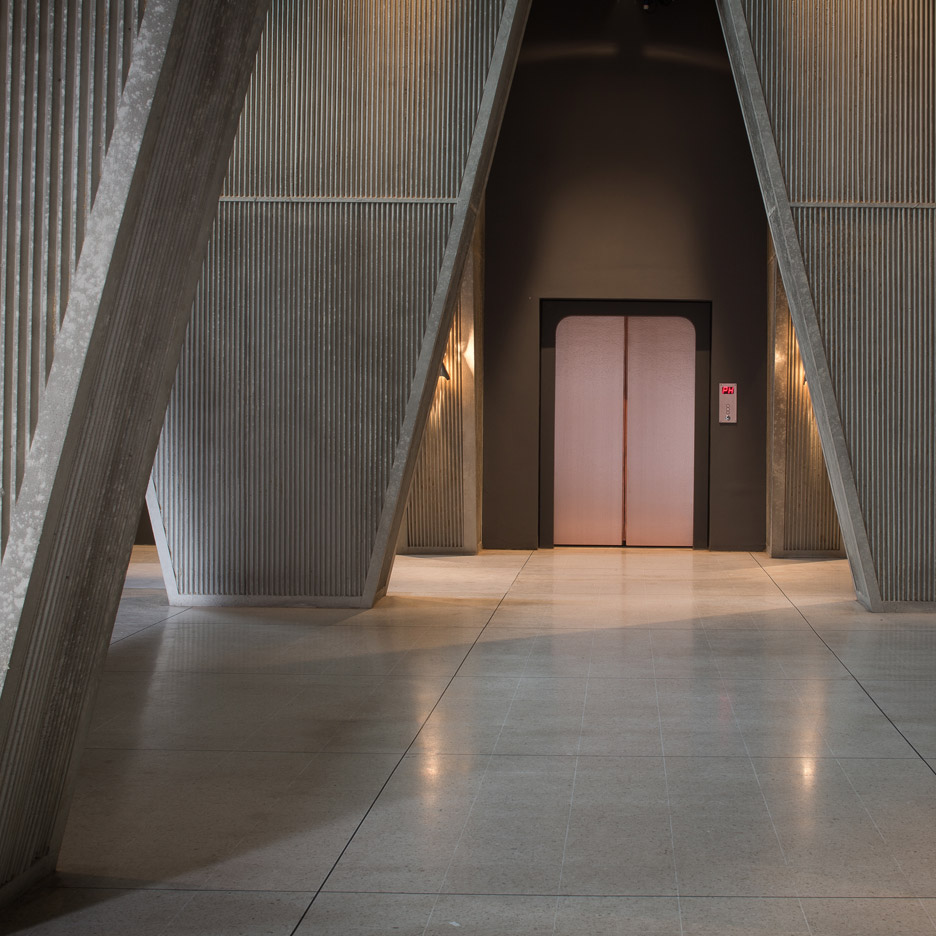 "I was consulting on issues that tall buildings face in real life and design aspects like wind behaviour, tower movement, elevator systems and how supertall towers can become cities within the tower, housing functions from office, hotel, residential, observatory, restaurants, health clubs, retail shopping, grocery stores and other daily needs," said the architect.

The resulting skyscraper, created by production designer Jim Bissell and his team, comprises glass and steel forms that twist upwards to cradle a sphere at the top, from which it takes its name. Reaching 1,066 metres high, it would be categorised as megatall – over 600 metres – and would overtake both the Burj Khalifa and Jeddah Tower if it was to be built.

Designing supertalls and megatalls is a "daunting" task

The Pearl is described as "a marvel of technology and architectural design" in the movie. The story goes that it took seven years to construct, weighs one million tons, and comprises 120,000 glass and steel panels.

"The Pearl is more than a skyscraper," reads a website dedicated to its design. "It is an idea, a philosophy, a dream. A marvel of technology and architectural design."

As well as with reaching an impressive height, The Pearl is intended to be extremely safe. Key features are outlined as "pressurised safe rooms with reinforced fireproof concrete every 10th floor", and wind- and earthquake-resistant elements.

Smith stressed that while adhering to real possibilities, building a skyscraper like this and meeting safety requirements in real life would be a major undertaking, particularly in terms of engineering, which he describes as "critical".

"The technology that it takes to design and build a supertall is daunting," said Smith, whose firm is also currently working on Central Park Tower, due to become the world's tallest residential building, and Chicago's second-tallest skyscraper.

"At one level, a skyscraper is a massive machine for living," he continued. "It is a transportation system; it needs to move water, power, communications systems, air conditioning, and heating systems to every part of the millions of square feet contained within the tower."

With drama unfolding around The Pearl, the Universal Pictures film taps into an "exhilaration and excitement" that already exists around skyscrapers, according to Smith, whose Burj Khalifa is one of Dubai's biggest tourist attractions.

"The wonders and the awe of the supertall skyscraper are part of its mystery and part of the intrigue," said the architect.

"Many people are afraid of heights and get a very queasy feeling when they are near the exterior glass wall of a tall tower," he added. "Many more people though will pay a great deal to be on the edge of a supertall building at or near [its] top. They will feel exhilaration and excitement at the prospect of extreme height."

But in the movie, the supposedly safe tower – where inhabitants are invited to "live, work, and play in the clouds" – catches on fire. The story follows protagonist Will Ford – played by actor Dwayne Johnson – who assesses the safety of skyscrapers and is framed for causing the incident, while he fights to save his family trapped inside.

Films tap into anxiety around skyscrapers

Skyscraper's plot follows others that capitalise on concerns around the safety of high-rises. The 1976 disaster film The Towering Inferno similarly involved the world's tallest tower catching alight, while the hit 1988 action movie Die Hard centres on a high-rise seized by terrorists.

Events in both these films have echoes in real-life tragedies involving high-rises that have occurred during the 21st century, including the terrorist attacks on New York's Twin Towers in 2001, and the Grenfell Tower fire in London last year.