East London design studio Haberdashery has created floor and table lamps with light sources that change colour as they move up and down, to resemble the rising and setting sun.

Called Dawn to Dusk, the lamps each feature a flat disc-shaped light source, which slides up and down a central black stem that is mounted on a weighty triangular base.

As the disc-shaped light source rises up the stem, the colour of the light transitions from a low-intensity red hue, through orange and warm white, to a bright white light designed to emulate the midday sun.

Controlled by hand, the light source sits in an off position when at the base of the stem.

The disc can also be rotated 360 degrees so that the lamp can be used as a forward-facing task light. Or if rotated to face the wall, it will create an ambient glow.

The lamps are controlled by custom-designed mechanical and electrical components that are integrated into the stand and head of the lamp. The only off-the-shelf component used in the design is the wall-mounted driver.

"During the development process we realised that recreating the warm hues of a sunset would look crude using existing off-the-shelf technology, so we set about developing a custom LED array, incorporating a specific red found in horticulture," explained Haberdashery creative director Ben Rigby.

"The result was a blend of light sources allowing us to create a far more satisfying deep rich red, and a more realistic transition through to white light."

According to Haberdashery, the adjustable lamps can be used to set the mood for specific times of day.

It can also help support our circadian rhythm – a gentle warm light can be used for waking up, a bright light for focus, and the orange and red hues can be used to unwind, relax and go to sleep in the evenings. 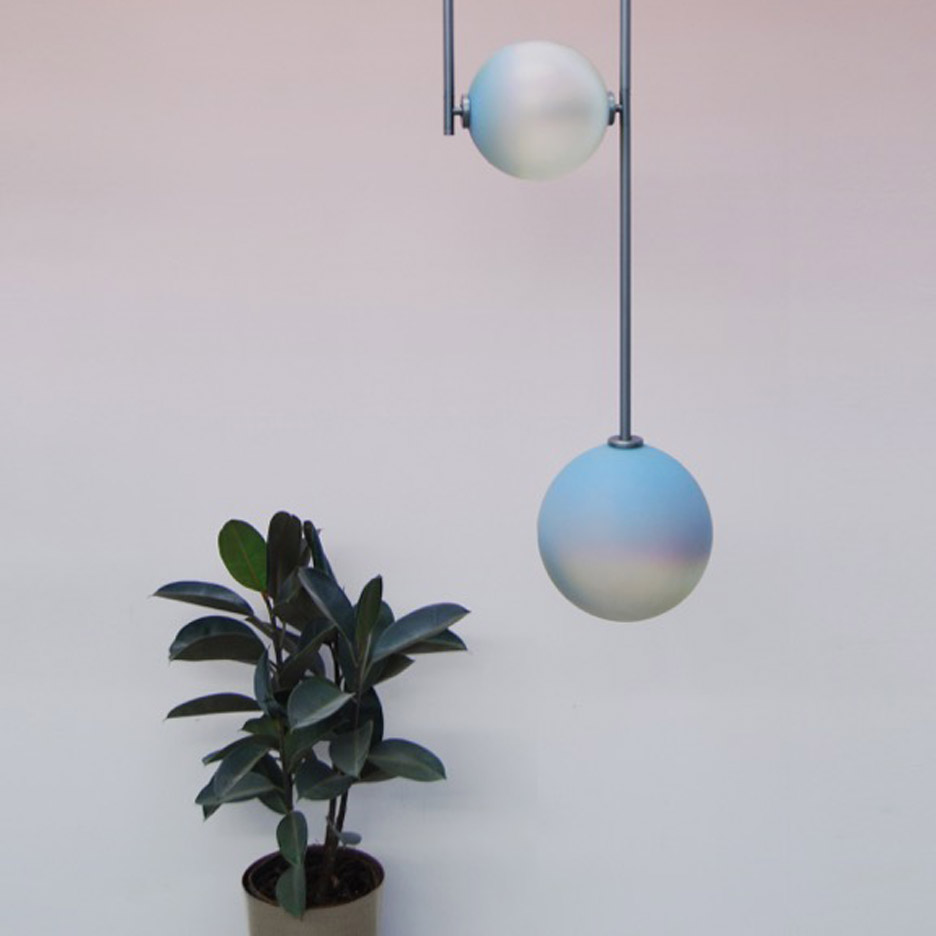 "To ensure that the end users actively engage with the product, selecting the light output to suit their mood or requirements, we chose not to have a traditional on/off switch, which would have resulted in a static light occasionally changed as a novelty," said Rigby.

"A final challenge was to eradicate any spotting from the LED sources using specially designed diffusion layers so that the light head displays a consistent colour, tone and intensity. Overall, it was a long process of research and development. Everything is pared back to its most simple state of being," he added.

"It is essential that we understand how best to control the colour temperature in our home. Until now this has been via rather clinical, technology-driven solutions from large well-known lighting brands. Haberdashery now brings a softer, more user-centric way of celebrating the memory of sunlight in your space."

Haberdashery is not the first studio to create lighting that helps to support circadian rhythms.

In 2014. Rotterdam designer Arnout Meijer created a series of lamps with adjustable colour temperatures ,while earlier this year Philips installed a system of LED lights in an office in Prague that it claims could provide the same energy hit as drinking a cup of coffee.

The Dawn to Dusk lamps will be presented at the next edition of Maison & Objet in Paris, which takes place from 7 to 11 September 2018.