Spencer Bailey, the former editor of Surface magazine, has been named editor-at-large for Phaidon's architecture and design publications.

The American writer, editor and journalist's new position was announced on 26 October 2018. Bailey, who helmed Surface for five years, described Phaidon as "one of the last bastions of quality in print media".

"Now more than ever, we need content that allows people to slow down and to turn inward," he said in a statement. "And Phaidon, with its focus on editorial depth, beautiful visuals, and clean layouts, does exactly that through its impeccable books."

Bailey and Phaidon to collaborate on architecture and design offering

In the newly created role at Phaidon, Bailey will work on the publisher's collection of design and architecture books and help it expand its current offering.

"We're looking forward to having Spencer at Phaidon and to seeing his additions to our already robust architecture and design list," said Phaidon CEO Keith Fox. "It's a particularly exciting time for him to join the company just as we begin to expand into interior design." 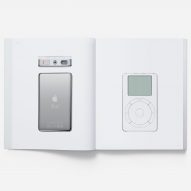 Bailey, 33, left his role as editor-in-chief of Surface – a New York-based print and web publication that covers design, architecture, fashion, culture and travel – earlier this year.

He joined the magazine as assistant editor in 2010 – the same year that he gained a masters in journalism at Columbia University Graduate School – following internships at publications like Vanity Fair and Esquire.

Bailey was promoted editor-in-chief of Surface three years later, and aimed to open the magazine up to a wider audience. Accomplishments during his tenure included a major overhaul of the magazine's design, which was unveiled in 2013 as his first issue as editor.

Bailey has also contributed to The New York Times Magazine, Newsweek and Bloomberg Businessweek. In 2016, he wrote a book on the work of Italian interior designer Paola Navone, called Tham ma da: The Adventurous Interiors of Paola Navone, which was published by Pointed Leaf Press in 2016. 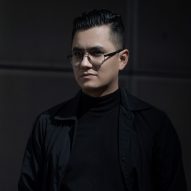 Phaidon was founded in Austria in 1923 as a history and art books publisher. It has since grown into an international company, and expanded its portfolio to architecture, photography, design, as well as fashion, film, travel and contemporary culture.

Among its recent outputs is a book documenting the work of New York studio Snarkitecture and a publication showcasing the world's best timber architecture.

Portrait of Spencer Bailey is courtesy of Ogata.