Apple has launched a MacBook Air with a 100 per cent recycled aluminium alloy shell, reducing the carbon footprint of the computer by almost half.

Introducing the new computer in New York, Apple said that creating a casing for the computer from entirely recycled aluminium was "one big goal that we've had for many years."

"We use aluminium because it has incredible strength, durability and for its sheer beauty. To achieve that we've had to rely on mining high purity ore," said Laura Grove, Apple's vice president of hardware engineering.

The MacBook Air will now be assembled with a shell made from a custom alloy created by the company's material team. "Apple's metallurgy team has designed an aluminium alloy that uses excess aluminium from the production process," said Legros.

"It's designed to use fine shavings of recaptured aluminium that are re-engineered down to the atomic level. This new alloy is as beautiful and robust as any we've used before," continued Laura Metz, Apple's senior product manager.

The alloy makes construction of the computer possible "without mining any new aluminium from the earth," according to Apple. The use of 100 per cent recycled aluminium in the casing has been verified by UL, a global safety consulting and certification company based in Illinois.

The recycled aluminium can itself be recycled. "This helps reduce the carbon footprint of the new Air by nearly 50 per cent and makes it the greenest Mac ever," continued Metz. 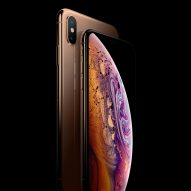 The new computer has 47 per cent lower carbon emissions compared with the previous generation of the same product. The calculation was made on the basis of total greenhouse gas emissions of 176 kilograms of CO2 over the lifecycle of a computer.

"With all the care and attention that we put into design and engineering, our teams work just as hard to ensure that our products are environmentally friendly," said Legros.

The promotional material for the computer states that it has a mercury-free LED-backlit display, arsenic-free display glass, is beryllium and PVC-free and comes in eco-friendly packaging.

The updated version of the Air is also 10 per cent thinner than the previous version, and weighs 340 grams less, at 1.25 kilograms.

During the launch at Brooklyn's Academy of Music, Apple CEO Tim Cook said that there are 100 million Macs currently being used. "51 per cent of Mac buyers are buying their first one, rising to 76 per cent in China," he said.