Japanese studio Nendo has designed a mobile battery that users can charge by rotating, to power-up their smartphone in case of emergencies.

The minimal, stick-like emergency portable battery, called Denqul, was designed for use in disasters, to ensure people have a reliable power supply for their smartphones to access to basic needs such as communication and lighting.

While the battery can be charged from a plug-in dock at the user's home, it can also be charged via the cranking mechanism should it run low when the user is out and about.

The stick can be pulled out and extended to double its length, then twisted down by 90 degrees and clicked into place to form an L shape. This can then be easily swung around with one hand for a few minutes to generate power.

Like an ordinary hand-crank power generator, Denqul consists of a generator unit that uses magnets and coils of wire to convert "rotation power" into electric power. 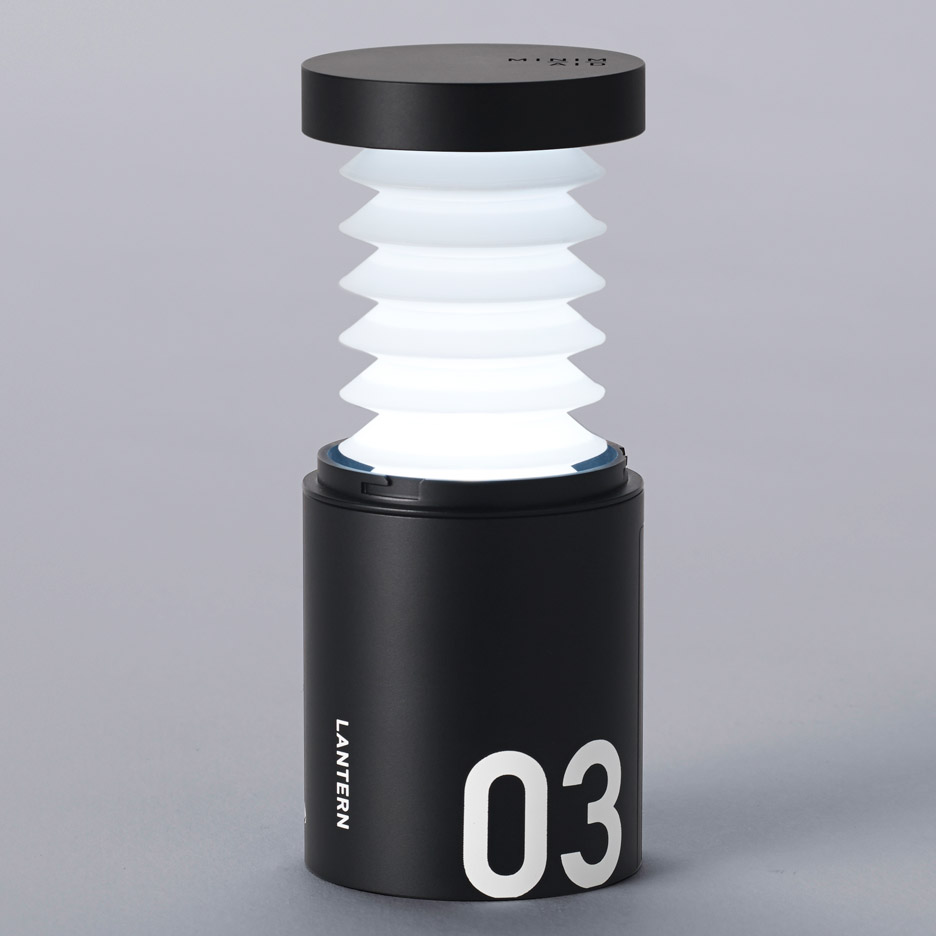 However, as the designer told Dezeen, an ordinary hand-crank that has a handle requires a lot of arm muscle strain to generate enough electricity.

Denqul on the other hand has a lithium battery on the tip of the stick to maximise the centrifugal force by using the weight of the battery as an advantage, to transfer as much rotational energy into the generator unit, with as little effort as possible.

The mobile battery can also be plugged in at home fas part of a charging dock, which features three different storage elements for holding items such as glasses or stationary.

The charger was designed for hardware manufacturer Sugita Ace, a company Nendo has previously collaborated with to create products tailored to offering help in natural disasters and emergency situations.

These products include a minimal emergency kit for earthquake victims, which contains a whistle, radio, raincoat, lantern, water container and multipurpose case in a slender tube, and a transportable toilet for natural disaster victims, which can be assembled using found materials.