Brian Eno's approach to producing music, through simple, open systems, should be adopted for the design of our towns and cities, says Finn Williams.

Brian Eno tells the story of going to a housewarming party of a well-known acquaintance in New York in the late 1970s.

Their loft apartment had been furnished at great expense by leading designers, but it was located in one of the worst areas of town, with people slumped outside the doorway. When Eno asked the hostess "how do you feel about living here?" he realised that they had different ideas of "here". His here was the neighbourhood, her here was everything she could lock up behind the front door.

Brian Eno may be best known for producing music, but his ideas have unexpected resonance for the public value of architecture, design and urban planning. Eno's realisation that "people live in different sizes of here" led him to the idea of The Big Here and Long Now – a way of thinking that asks fundamental questions of who we design for, the scale we design at, and the timescales we design in.

Are we designing for our client, or wider society? Is our site the red-line boundary, or the place it is part of? Are buildings finished when they open, or are they just starting?

The importance of these questions only grows as society accelerates towards a smaller here and shorter now. Take news cycles as a measure. In medieval times, news was produced every year in annals. From the 16th century, weekly gazettes started to circulate in Venice, then Germany and Holland. With the development of printing technologies, the first daily newspaper was published in England in the 18th century. Through radio and the television, news became hourly. Today, news is created by the minute through social media.

This compression of our collective attention span is mirrored in our political and economic systems. Politicians are struggling to look past their Twitter feed, let alone think beyond electoral terms. Global corporations are making decisions based on tomorrow's stock value, or at most the next quarterly report.

According to Danny Hillis, the inventor of the Clock of the Long Now, "the more we divide time, the less far we look into the future." So what impact is this having on the design of our cities? And how can we create real and lasting public value in the context of an increasingly narrow and short-sighted here and now?

The different timeframes cities are built in are legible in their architecture. Buildings that have lasting value today tend to be those conceived with the longest sense of now. Look at housing in the UK. In the 19th century the "five per cent philanthropy" movement consciously took a more patient approach to investing in building "model dwellings" for the working poor, and the housing built by the Peabody Trust and others remains desirable today. In the 1950s and 60s, councils justified designing social housing to high standards because they expected to be managing estates in perpetuity. Today, many of the best quality schemes are built by developers with a long-term stake in a site.

However, these are the exceptions to a development industry that is being driven by increasingly short-term investment cycles. The vast majority of homes in the UK are built by volume housebuilders whose key indicator of success is their ROCE (Return On Capital Employed) – effectively how quickly they can build homes, flip them, and reinvest the capital to build more. This model means there are few incentives for caring about the durability of materials, the ongoing management of communal space, or a building's sustainability over time. 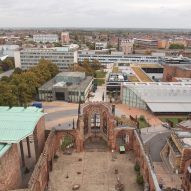 "We need architects to work on ordinary briefs, for ordinary people"

Cities will always change at different rates. Eno refers to Frank Duffy's shearing layers diagram, which he uses to argue that there is not such a thing as a building – just a series of layers of building components with different longevities. The same diagram could be extended to the scale of the city, where commercial activity changes at a much higher frequency than transport infrastructure or street patterns. But at a time when the production of housing, as well as social infrastructure and public realm, is often driven by organisations who are interested in speeding things up, who is taking responsibility for turning the slower cogs?

A shrinking sense of "here" across Europe and the US is reshaping our cities. For Eno, the root cause is rising levels of insecurity. "When kids are looking at a future that doesn't seem as good as the past… when people see themselves in a situation that is fearful rather than hopeful, they want certainty, and they want to live in communities that are homogenous." This fortress mentality plays itself out in the city in very tangible forms. We see it in gated communities, privately managed public space and poor doors, and it leaves us with greater spatial segregation and inequality.

Eno points to Mariana Mazzucato and Kate Raworth, economists who are redrawing how we measure value in society, and reframing the boundaries of economics to the scale of the planet. As Raworth says: "Today, I think ours is the generation that must raise its sights once again, beyond the household, the city and the nation to the planet: it's time to take on the economics of the planetary household."

The highly individualistic economic and political climate that has cultivated this attitude of "right here, right now" is also reflected in a highly individualistic approach to shaping our built environment. It is over half a century since Jane Jacobs wrote "Cities have the capability of providing something for everyone, only because, and only when, they are created by everybody." But the recent history of architecture and urbanism is still told through a canon of big names and the icons they designed. Architecture remains haunted by Ayn Rand's fictitious figure of Howard Roark as the heroic individual genius.

The reality, of course, is that great places are made by many hands. Eno says that "good ideas are articulated by one person, but usually imagined by a community". He calls this wider ecology that creates the culture for positive change "the scenius". In music, the scenius includes the producers who work quietly in the background setting up the conditions for good things to happen. Who, then, are the producers of places? And how can they facilitate wider involvement in the way places change – what architect David Ogunmuyiwa calls equality of authorship – without dictating the result?

I would argue that the producers of places are planners. To paraphrase Rem Koolhaas: planning, done well, generates potential and creates possibilities, whereas architecture exhausts potential and exploits possibilities. There are examples of planning, done badly, that maintain a more individualistic approach – top-down, complex ways of making overly simplified places. But the best planning policies or processes can be simple ways of creating beautifully complex places.

Who today is designing for a longer now, a bigger here, and a wider we?

Again, we can learn something from Eno's approach to music. Eno coined the term "generative music" to describe a way of making music through simple, open systems or rules that leave space for unexpected consequences. The way these rules are interpreted by musicians, or play out through time, means that every performance of a piece can be different. If traditional, classical music is like architecture that conforms to a predetermined plan, generative music has more in common with the way cities evolve dynamically in response to good planning.

This open-ended approach leaves more space for a plurality of voices to shape their environment. It makes it less likely that our places are defined by individuals, or exclusive groups within society, and more likely that they belong to what Brian and I have started to call the "wider we".

Who today is designing for a longer now, a bigger here, and a wider we? What responsibility can we take to resist the short-sighted forces driving spatial inequality? 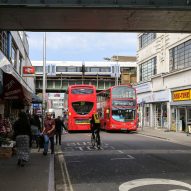 "In the name of place-making, architects are often complicit in social cleansing"

One answer lies in a rare breed of practice that has the scope to go beyond red-line boundaries, to plan beyond the next quarterly report, and to support diverse communities: bureaucracy. The resistance from within Trump's administration shows that, in a turbulent world, as Eno says, "bureaucrats are stabilising knowledge, keeping things running and sometimes innovating quite radically".

In the UK, there are signs of a municipal renaissance, provoked by the need to rethink the role of local government after almost a decade of austerity. Two thirds of councils are now directly delivering homes for the first time in a generation, and they are looking to rebuild their capacity for proactive, far-sighted planning. There is an extraordinary opportunity here for architects, designers and urban planners to create public value by expanding their practices to serve longer horizons, broader geographies and wider society.

Finn Williams is the co-founder and chief executive officer of Public Practice, which is now calling for applications to its second cohort, starting in April 2019. He is a visiting professor at the UCL Institute of Innovation and Public Purpose, part of The Bartlett Faculty of the Built Environment. He previously worked for OMA, Croydon Council and the Greater London Authority, and was co-curator of the British Pavilion at the Venice Architecture Biennale 2016.
Read more: