The Aram Gallery has selected 12 emerging designers and studios to exhibit their shelves in a new exhibition that explores the typology of a shelf.

The 12 Shelves exhibition features 12 designs, including a flat-pack shelf made of cardboard and a bookshelf inspired by classical architecture.

The aim of the exhibition is to suggest new directions and possibilities for shelving by displaying products made of different materials, using various techniques and concepts.

"In a time when photos, music and books are all in our phones, what are shelves really for? Is a modern shelf more about display than storage?" asks curator Riya Patel.

When selecting the designers, Patel wanted to display a wide range of approaches to shelving, and looked for ideas that update established principles of what defines a shelf.

"This exhibition shows a range of thinking applied to the same function. Some of the designers have used experimental materials, or processes, while others have new ideas about the logic and structure of shelving," explained Patel.

The first design is by London-based Charlie Crowther-Smith. Called Menes Shelving, the colourful fixture features a zig-zag, geometric base with green-coloured shelves and orange detailing.

Also exhibited is Adam Guy Blencowe and Thor ter Kulve's Square Peg System that consists of wall panelling that has been perforated with different shaped holes so that users can customise the number of shelves depending on their needs.

Brass rods inserted into the holes act as supports for the timber shelves and also double as bookends if placed strategically above individual fixtures.

A series of flat-pack cardboard sheets and PVC rivets make up the Timber shelving unit by Pesi Studio, which bases its design on traditional Korean joinery techniques. The system, which can be configured into 75 different formations, features 15 types of pieces that can be assembled according to the user's needs. 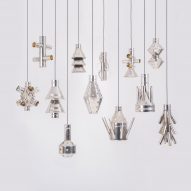 For its display, Silo Studio chose its Blash shelves, designed for German brand Pulpo earlier this year. Made of two interconnected semi-circles that join at a 90 degree angle, the pieces were created by pouring molten glass over a table and folded over the table's edge.

"The rapid cooling of the glass leaves a textured and rippled appearance accentuating a sense of movement," said The Aram Gallery.

Elsewhere, local designer Martijn Rigters' Cutting Edge shelving system uses the technique of hot-wire cutting to create a series of off-cut forms, which have been joined together to form a vertical structure.

Matteo Pacella and Philippine Hamen's Palazzo and Aqueduct bookshelves are inspired by archetypal forms of classical architecture. The piece they are showing is made of a series of round arches, intended to resemble the Roman aqueduct, and is coated in a vivid blue resin.

Another shelf is by Swiss designer Dimitri Bähler, whose simple T-shelf features a seven millimetre ceramic surface, coated in an oil slick colour.

Also in the exhibition is a standalone cabinet by Bram Kerkhofs, a modular shelving unit by Mentsen, and a display cabinet inspired by optical illusions by Sammi Cherryman.

Previous exhibitions at the gallery include series of furniture inspired by Uruguayan architect Julio Vilamajó and a chromatic exhibition made of responsive paper shredders and fans. 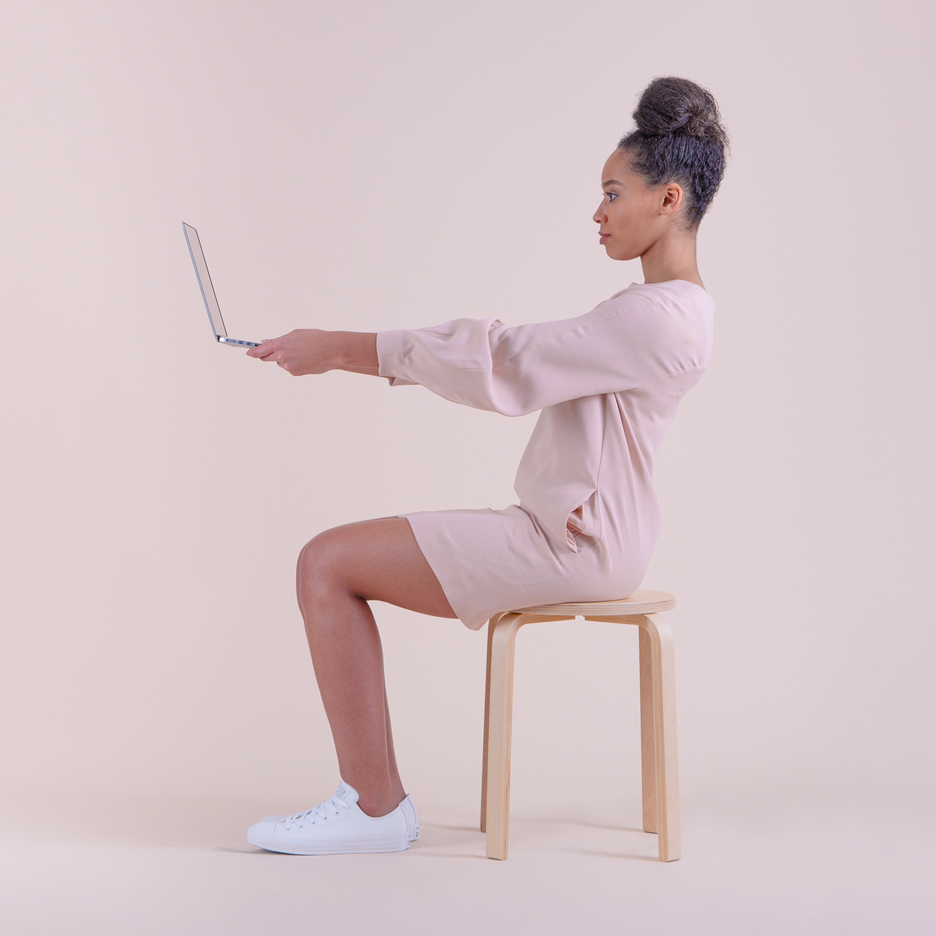