Architect Carlo Ratti has worked with Indian non-profit WeRise to develop a system of low-cost housing with a prefabricated core that homeowners can build any structure they like on top of.

The Livingboard system, which is currently being tried in a pilot project in a village just outside Bangalore, is designed to support housing development in rural areas anywhere in the world.

It combines elements of prefabricated housing with the do-it-yourself approach of the open-source and maker movements.

Homeowners receive the key functional parts of the house prefabricated and flat-packed — incorporating elements like waste management and water treatment systems — and then design and build the home they want on top of that.

Ratti, who as well as leading his own architecture practice, Carlo Ratti Associati, is the director of the Senseable City Lab at the Massachusetts Institute of Technology (MIT), likens Livingboard to a portable "motherboard".

"The maker movement has shown how empowering it is to put the new fabrication tools in the hands of people," said Ratti. "An important challenge for the next years will be to apply the same principle to construction – transferring the DIY attitude of Fab Labs to housing. This is the vision behind our design for Livingboard." 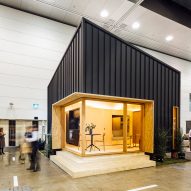 Some of the other functional elements that are packed into the Livingboard core include heating, batteries for energy storage and Wi-Fi connectivity.

However, this core is adaptable to suit the local environment. For the current pilot project in the village of Udagirinallappanahalli, Carlo Ratti Associati and WeRise will swap out rainwater collection modules in favour of grey water filtration for irrigation purposes.

The Karnataka region in which the village is located receives little rainfall, and this configuration will minimise overall water consumption.

If they had to adapt the system for somewhere like the western and central Himalaya regions, where earthquake activity is high, they imagine opting for seismic isolation modules.

To empower the local community to take on the next stage of the design and building process themselves, WeRise will run workshops, with a volunteer architect from the RMZ Foundation attached to oversee each home. It is currently organising its first workshop as part of the pilot project.

The family who will be living in the home will determine the layout that suits them. It's likely this will see Livingboard adapted to local architectural norms — in Udagirinallappanahalli, houses are often laid out according to the principles of Vastu, which aim to promote balance between humans and nature by guiding the orientation and placement of various elements.

The homeowners will also work with WeRise and its local partners to pick the finishings for the house. For the pilot project, the companies foresee working with compressed earth blocks for the units, and local woods like bamboo, mathi, honne and sal for the framing. 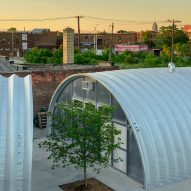 Flat roofs will probably be made with slabs of south Indian Sadarahalli granite, on which residents often dry seeds.

WeRise's mission is to connect those in need of a new home with implementation partners. These people will become homeowners through the contribution of a small amount of money and "sweat equity".

"The approach to this project developed together with CRA meets WeRise's vision of improving living conditions in rural India, by adopting technology as a means of democratisation," said WeRise founder Adhya Menda.

"We want to empower local communities through an open-source approach," added CRA project manager Emma Greer. "Our goal is not to superimpose any design category but rather give local communities a tool to access basic services in their homes, while harmonising it with their desires."

Ratti's firm focuses on architecture, design and innovation, drawing on his boundary-pushing research at MIT. Among its recent projects is the Dynamic Street that can be reconfigured for different uses throughout the day, the 88 Market Street tower with BIG in Singapore and the technology-laden Office 3.0 in Turin.