The Prismatic installation is on view in the Senator Charles H Percy Plaza in Georgetown Waterfront Park, which overlooks the Potomac River. The artwork, which covers 700 square feet (65 square metres), is meant to frame different views and offer a "kaleidoscopic experience of light, colour and space" according to New York-based studio Hou de Sousa.

"The piece is unique on all sides, encouraging the public to explore the exterior, as well as meander through its translucent 'streets'," the firm said in a statement.

Square in plan, the installation consists of nine different forms, each varying in size and shape. The sculptural sections are composed of fluorescent cords attached to a light-weight steel lattice. Openings between the cords produce a visual effect known as moiré, in which wavy patterns are created from the overlay of repeating details. 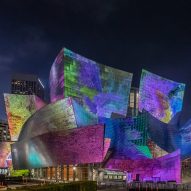 "As visitors turn their gaze or walk about the space, patterns in the background and foreground continuously converge and delaminate, resulting in the perception that static surfaces are somehow in motion," the studio said.

The design was influenced by various geometric and contextual elements – and was developed in stages. The designers began by dividing a box into prisms that radiate from a central point. Next, they integrated contextual features, such as pathways and water fountains, into the overall design.

"The result is a diverse array of apertures and perspectives, collectively focused on a central core, but shaped by one's vantage point and relative position from within or outside the sculpture," the studio said.

The installation was assembled in Brooklyn and transported to Washington DC on a single, 46-foot-long (14-metre) flatbed truck. While its weight-to-volume ratio is low, the installation is sturdy and can withstand the elements. The steel structure is redundant in most areas, and the rope used doesn't shrink or stretch when exposed to precipitation.

"Most of the blocks weigh between 170 and 250 pounds, while the three heftiest blocks are in the 350- to 400-pound range," the team described. "The project withstood 65 miles-per-hour winds during the trip from Brooklyn to DC."

Prismatic is on view through 6 January 2019.

Hou de Sousa is led by Nancy Hou and Josh de Sousa, who both studied architecture at Harvard University.

Other work by the studio includes the Raise/Raze installation that was constructed in a Washington DC subway station. The installation consisted of cubes made of plastic balls, which visitors could move around to form different shapes.

Photography is by Hou de Sousa. 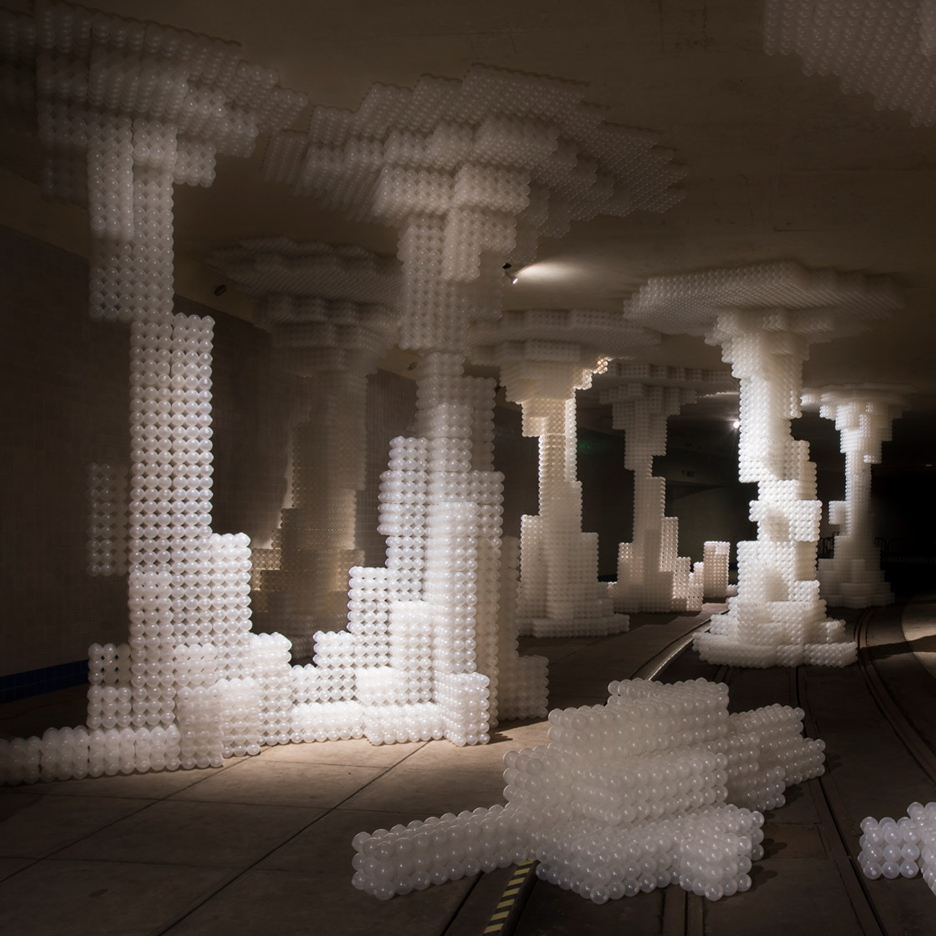