Coinciding with this year's medal being presented to Nicolas Grimshaw, Part W has launched the campaign to highlight the fact that there has only been one woman as sole winner of the RIBA Royal Gold Medal in its 171-year history.

The collective, which was founded by Zoë Berman of London-based Studio Berman, is asking people to suggest women that they think would be worthy winners of the Gold Medal.

"From today we're inviting people from across the industry and those working in engineering, urban design, planning and education to nominate ideas for people whom they'd like to see celebrated on an alternative list that would award women – back to 1848 – who have made a significant contribution to the built environment," Berman told Dezeen.

"It's meant to be a tongue-and-cheek, playful, way to draw attention to what is an important and serious discussion."

Over 170yrs only 1 woman awarded #RoyalGoldMedal in own right. Part W are inviting across disciplines, men and women, to nominate women who's work in the built environment deserves to be known. Nominate to the alternative list here #WeArePartW #AlternativeRoyalMedal #NominateHer

The RIBA Royal Gold Medal is the Royal Institute of British Architects' highest accolade. Since it was first awarded in 1848, there have been 165 male winners, but only one sole woman and three male-female partnerships.

Zaha Hadid became the first, and-to-date only, woman to win the award in her own right when she was awarded the medal in 2016, while Sheila O'Donnell and John Tuomey received the honour in 2015, Patricia and Michael Hopkins in 1994, and Ray and Charles Eames in 1979.

"Not attack on Gold Medal winners"

The Part W collective includes architect Sarah Wigglesworth, co-founder of IF_DO Sarah Castle, and former Architects' Journal editor Christine Murray. They launched the campaign as a way of highlighting the huge gender imbalance of winners, and make people question why this has happened.

"We're very keen to stress that we are delighted to see Royal Medal continuing to be awarded, and that we support the award and its aims," said Berman.

"This is not an attack on this year or any previous years winners, but we are asking for there to be a greater level of thought around the criteria for the award and a questioning as to why, to date, so few women have been granted this accolade." 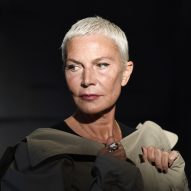 The collective is asking people to nominate women to be included on the list on twitter including its handle @PartWCollective and the #AlternativeRoyalMedal.

Part W will then correlate these results to create a list of 169 women that are worthy of winning the RIBA Gold Medal. The alternative list will be unveiled later in the year to coincide with the announcement of the 2020 winner of the Gold Medal.

Dezeen's Move the Needle initiative, which aimed to draw attention to the gender imbalance of they design and architecture professions, highlighted the male-dominance of the world's four leading architecture prizes.

Like the RIBA Gold Medal, the Pritzker Prize and the AIA Gold Medal have both only been awarded to a women once outright, and just two women have won the Praemium Imperiale.

At Dezeen's Must do Better talk hosted by the RIBA, ex-president Jane Duncan defended the Gold Medal's record saying: "I don't think we should be saying we've got to give people an award because they are a man or a woman. It should be based on merit."