Designers need to change the model of leadership to create a more diverse and critical industry, says designer Nelly Ben Hayoun, who has directed the documentary I Am (Not) A Monster.

Speaking to Dezeen after the release of the film's trailer, Ben Hayoun said that the world's leading designers are largely not representative of the industry, particularly in terms of race and gender.

"In design, which is much the same as the technology industry and so on, you find that leadership doesn't represent the majorities," she explained.

"The discipline has to interrogate itself as to how we develop, how we think of leadership and how we bring in role models from the start, not only women, but also wider gender diversity, which is completely non-existent in the design industry," she explained.

I Am (Not) A Monster explores politics in society

Set to be released later this year, I Am (Not) A Monster is the third feature-length film directed by the 33-year-old designer, who is on the judging panel for this year's Dezeen Awards.

It sees Ben Hayoun interview a number of subversive figures from all across cultural fields, ranging from theorist Noam Chomsky to Pussy Riot's Nadezhda Tolokonnikova and cyborg Neil Harbisson.

Throughout the documentary, the London-based designer impersonates Hannah Arendt – a 20th-century philosopher whose theories explored power and totalitarianism – as she interrogates subjects on what it is that makes a monster in present-day society.

It looks at how controversial political figures like Donald Trump and Marine Le Pen are able to win support.

"The film is advocating a reclamation of ownership of politics from the perspective of citizens and doing this through the vehicle of looking at education at this time in history where we tend to forget how important it is to develop a critical form of thinking," she told Dezeen.

Ben Hayoun, who has worked with NASA and the United Nations, suggests that a new model of leadership is crucial if we want the design industry to be more representative and innovative.

She claims the design industry is lacking a foundation of critical thinking, and that public institutions are not designed to integrate this sort of thinking into making.

"Designers shouldn't just be people who sit in their bedrooms, this makes no sense in the current context," she continued. "For me, design has to be about modifying power structures."

A "vital" solution to this is encouraging people to interact and listen to different points of views that aren't in line with their own, she claimed.

"We need a new form of leadership that will represent minorities and include multiple people at the same table, not just one person making decisions on behalf of humanity," she said.

One way to achieve this, she suggested, is by reforming design education. "The way you can address power structures is by teaching students how to identify them in the first place by using political theory, like that of Hannah Arendt, so they can find a way inside leadership positions," she said.

Ben Hayoun is trying to do this herself with her free masters programme, the University of the Underground, which is offered through the Gerrit Rietveld Academie's Sandberg Instituut in Amsterdam and London.

Here, students are encouraged to "positively challenge institutions and power structures" through a unique curriculum that teaches students to design experiences, events and situations that support social change.

"We teach students to design events so that can start a dialogue and a discussion with institutions, and challenge their ways of thinking and the way they establish power structures," said Ben Hayoun.

For example, the programme paired up with the Dutch National Opera on a task where students were asked to choose an organisation and reenact a "trauma" associated with it. 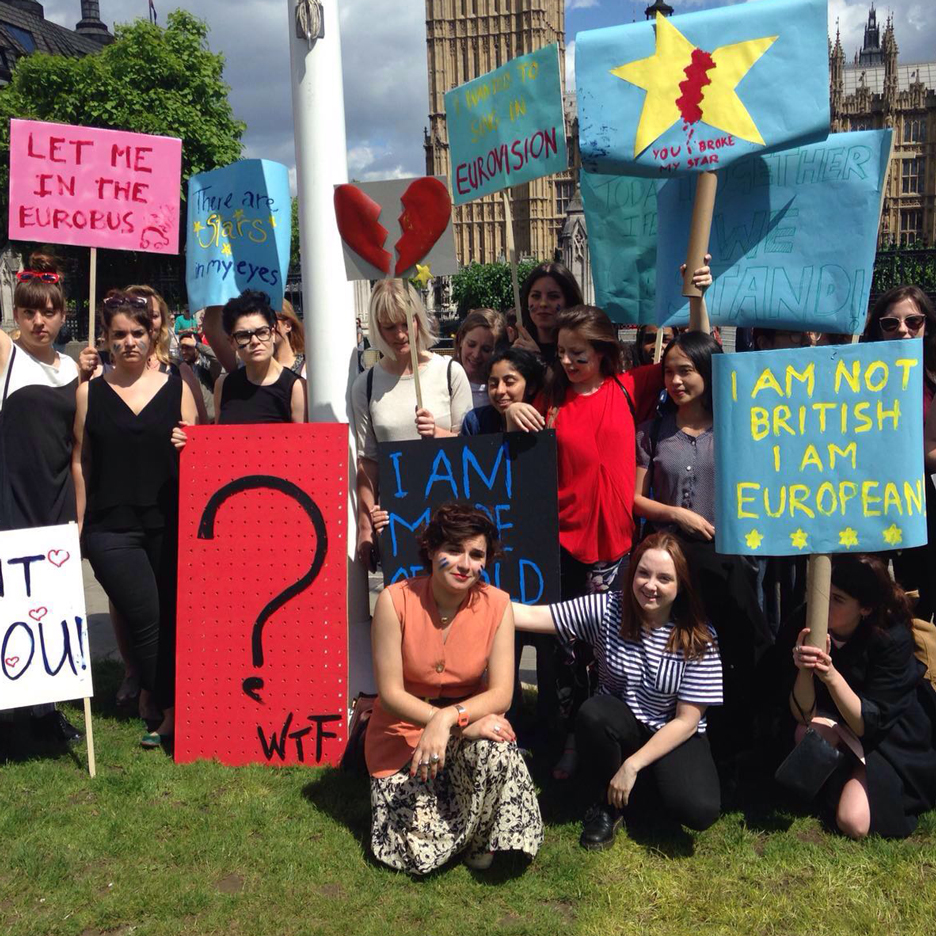 "As a designer of experience, I use events like these as a starting point for conversation between me and these institutions, and more specifically, the way that hierarchies develop and the way we can embed critical thinking in these practices," said Ben Hayoun.

She maintains that "fees and the cost of education are the reason that young people are not able to develop a new experiment of practice".

Discipline of design is still young

Ben Hayoun believes that reform is easily achievable, as the discipline of design is still in its infancy.

"When you think of art or architecture, these disciplines go all the way back to antiquity, whereas design goes back to the invention of plastic in 1929 when we invented polyester and made the first fibres," she said.

"Out of that, we began thinking what we're going to do with plastic fibre. The Bauhaus famously became a place where they taught combined craft. Yet it was only in 1960 that a design advisory council in the UK started speaking about designers and teaching the subject in school," she explained.

"Technically, the discipline has no more than 50 years," she continued. "The same way that we're trying to reform education, alternative education within the current system, change takes time."

Nelly Ben Hayoun is based in east London. She will release I Am (Not) A Monster later this year.