Whether or not you agree with Brexit, architects need to embrace this rare opportunity to rebuild contemporary British society, says Owen Hopkins.

Every so often there's an event that interrupts and sometimes overturns established convention. At these moments, time suddenly speeds up. Gradual incrementalism gives way to radical change. What was previously unthinkable or impossible financially or politically becomes just as viable as anything else. Everything becomes up for grabs. Britain is living through one of these moments.

Whether one is for it or against, passionate or apathetic, or simply wishes to be able to change the subject, Britain's impending exit from the European Union constitutes the single biggest rupture with the status quo for over 70 years. As one narrative ends, so the search for new ones begins.

Almost instinctively many from both sides of the political divide are looking to the past for ideas and meaning, often as an opportunity to try to resurrect and put into practice policies long marginalised or discredited.

Many on the left long for a new 1945, and a chance to reset the political dial towards policies of nationalisation, state intervention and higher taxes. Meanwhile those on the right see this moment as a new 1979 when the mission of privatisation, deregulation and financialisation that was started then might be brought to its radical conclusion.

Yet to look to the past is to miss the opportunities that these moments offer for the emergence of wholly new ideas, new approaches and new ways of thinking, which wouldn't have been possible to conceive in the world before.

This is not to say that much won't be lost by Britain's leaving the EU – and I write as a Remainer who has been on marches for a second vote – but that the time has come to look for ways to make the most of the situation we find ourselves in.

Architecture is uniquely positioned in such moments of transition and flux: on the one hand, it is entirely dependent on external forces to drive it (finance, politics, etc); yet, on the other, every building that goes up reshapes the world in some form. Most do it in a small way, but some have a major impact whether practically or symbolically, and perhaps even play a part in the birth of a new reality that we desperately need.

Whatever ultimately plays out – deal, no deal, hard, soft, delay or even remain – the Brexit process has thrown into sharp relief the very status, identity and purpose of Britain in the 21st century.

Architecture is the only discipline that offers a route forward

In light of this, the debate urgently needs to shift to the Britain that will emerge after, a country in which architecture could – in fact, needs to – play a central, defining part. After decades debating the decline of their agency, and the near total subservience of the profession to the demands of capital, Brexit is an opportunity for architects to "take back control".

The need for this is urgent. As many observers have pointed out, the endless debate over how or whether Britain leaves the EU has obscured the profound challenges the country will face over the next few decades. Historians will no doubt look back on this moment and see the massive opportunity cost of the time and energy spent on Brexit, which ironically has ignored most of the longstanding grievances that led many to vote to leave in the first place.

In the absence of an obvious way out of this mess, architecture is the only discipline that offers a route forward, shifting these debates towards what really matters and ultimately in offering solutions to the challenges we face. 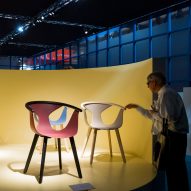 In contrast to the increasingly short-term thinking of politicians, as a discipline architecture is – or has the potential to be – geared towards longterm, strategic approaches that are fundamental to tackling the complexity of climate change, social care, the future of work and housing.

Politicians' abdication of their responsibility for these critical issues has seen political debate become increasingly polarised, with little possibility of the necessary discussion, negotiation and compromise between competing ideologies. The ability to balance competing interests is, however, inherent to the practice of architecture.

This is not simply in terms of balancing the requirements of client and planner, for example, but the more fundamental way that architecture exists on the threshold and often acts as a mediator between the public and private spheres. And it's only by bridging these divides that we can take advantage of the opportunities and mitigate the downsides of the profound structural economic changes that Britain and, indeed, all western countries will face over the next few decades.

This moment of rupture is not just an opportunity for architecture to transform society, but, critically, also to transform itself

This is not simply about building. Architecture offers a vital way of refocusing and retooling the thinking and debates necessary for action.

What new forms of urbanism or sub-urbanism might help facilitate the two million homes we need to build in the next 10 years? How can we rethink the relationship between city and countryside? How can technology reshape the planning and regulation of the built environment? What role does architecture have in shaping the post-work world?

It's only by approaching these questions from the perspective of architecture that we might begin to find ways to answer them.

This moment of rupture is not just an opportunity for architecture to transform society, but, critically, also to transform itself. There's long been a paradox at the heart of the profession that claims to represent the interests of the public, but which is very far from representative of that public in its demographic makeup. If architecture is going to be able to step up, it itself needs to represent the plurality of identities of contemporary Britain. Progress is being made but there's so much more that still needs to be done.

Half of EU architects considering leaving UK due to Brexit

It was arguably this issue of representation that undermined the last time architecture had an opportunity to reshape British society. Architecture did so much to transform the lives of millions of British people during the postwar years, yet at the same time left it self open to accusations of elitism from which it is still recovering.

There are other lessons to learn too. One can think big without necessarily having to build big. To be global in scope, a project needs to be local in focus. And that even if we disagree fundamentally with the very idea of Brexit and the way it has played out, the rupture it represents offers a vital opportunity for remaking Britain for the future – with architecture playing a leading part.

Photo is by A Perry courtesy of Unsplash.